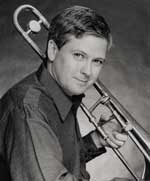 slideshow
Husband and wife team Ginger Berglund (voice) and Scott Whitfield (voice/trombone/arrangements) have been compared to husband and wife team Jackie Cain and Roy Kral, who happen to be the former couple's biggest influence as a vocal duo. It's only fitting that Ginger & Scott record this loving tip of their hats to Jackie & Roy, to be called Ginger & Scott, In Love with Jackie & Roy. Although some of the chosen material may be somewhat familiar to die-hard J & R fans, particular attention will be paid to Jackie and Roy's output as songwriters, whether together or in collaboration with others. Many of these songs have not been widely recorded, but G & S aim to remedy that here!

Where do you, the backers, come in? We're glad you asked! Well, in the process of making ANY recording, there are many expenses which have to be taken into account, such as studio time, engineer's fees, and band payroll (for rehearsals and recording time). Once the initial recording is finished, there's still mixing and mastering time in the studio, and then paying the appropriate licensing fees for each song BEFORE the CD can even go to the manufacturer. The next expense is (of course) manufacturing, followed by the essential step of PROMOTION for both radio and print media. After all, what's the point of making a great album if no one will ever hear it (or hear ABOUT it)?)

Coincidentally, the year 2011 will mark the 90th anniversary of Roy Kral's birth, and what better way to honor this hip, classy couple than to bring their music to a whole new audience? Oh, and we're in negotiations with a very exciting guest artist for a couple of the songs. Sorry, we can't divulge their identity just yet! (Hey, consider it a momentary “cliffhanger!")

In the meantime, you can learn a little more about us (Ginger & Scott) by visiting our website at OfficialGingerAndScott.com. Stay tuned, and KEEP SWINGIN'!