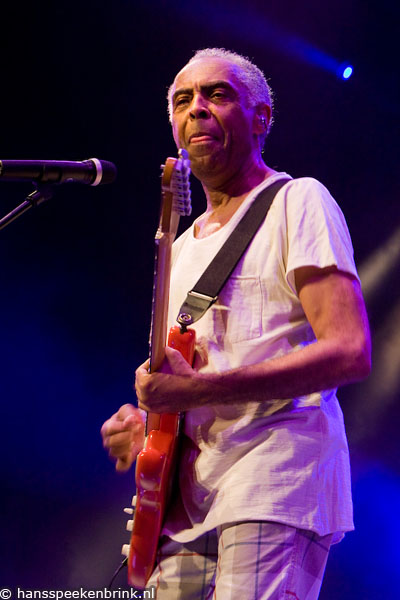 Gilberto Gil has modernized – and continues to modernize – Brazilian popular music. From musical revolutionary to international pop star to beloved statesman, Gilberto Gil has lived a life worthy of a Hollywood thriller. As a founding member of Brazil’s Tropicália movement, Gil and fellow Bahians Caetano Veloso and Gal Costa radically reinvented Brazilian popular music in the mid-60s by combining Beatlesque psychedelia, art rock, and Brazil’s northeastern roots rhythms. Since returning to Brazil from his London exile in the early 1970s, Gil has held center stage as a charismatic performer and songwriter. With several dozen standards to his credit, he has been interpreted by just about every major Brazilian artist of the past four decades. In recent years Gil once again found inspiration in the joyful, upbeat accordion-driven forró style of music and dance, starting with his soundtrack to the award-winning 2000 film Me You Them. After serving as Brazil’s Minister of Culture from 2003-2008, he went on to explore classics by forró heroes Luiz Gonzaga and Jackson do Pandeiro on his latest album, Fé Na Festa. Expect a party — and expect to dig deeply into Brazil’s musical heritage with one of the country’s major cultural icons.