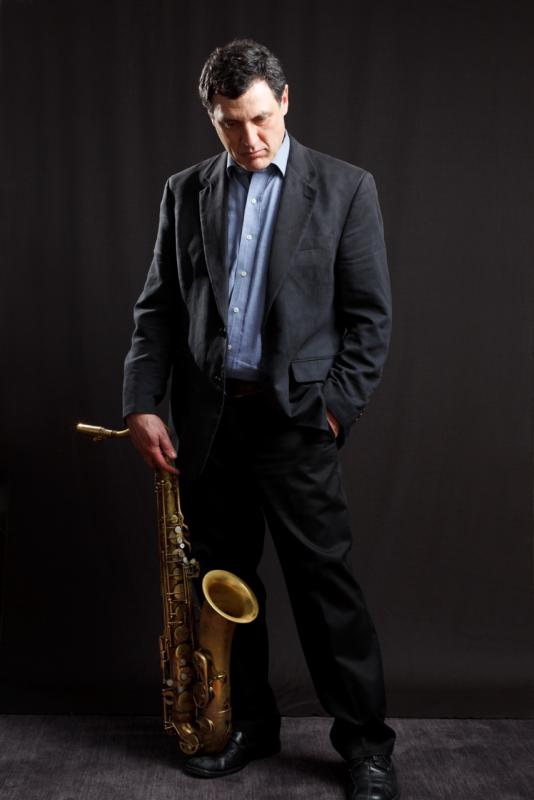 slideshow
The title track from John Coltrane's landmark album Giant Steps is a rite of passage for all serious jazz musicians. On Saturday, March 31 five acknowledged jazz masters will teach a special inDepth Jazz Clinic focused on “Giant Steps" and other groundbreaking Coltrane tunes. Jazz fans can experience this thrilling music when the same powerhouse musicians perform at Twins Jazz on March 30 and 31.

Canadian-born saxophonist Bowen has recorded and performed worldwide with both veteran jazz giants and contemporary heavyweights such as Freddie Hubbard, Shirley Scott, Wynton Marsalis and Kenny Garrett. In the 1980s he held the coveted saxophone chair with jazz pianist Michel Camilo, and later completed three world tours with the mighty Horace Silver. Bowen graduated Summa Cum Laude with a bachelor's degree in 1989 and obtained a masters degree in 1991&#151both from the Mason Gross School of the Arts at Rutgers. In 1990 he joined the jazz faculty of Rutgers University where he is an associate professor. He is also a visiting associate professor at Princeton University. He has appeared on scores of albums as a leader and sideman.

Award winning saxophonist and composer Jeff Antoniuk, another native Canadian, is enthusiastic about collaborating with Bowen. An expert in West African ethnomusicology, Antoniuk is a master of the modern jazz language, lauded for his four-carat compositions and heightened powers on the saxophone. Currently based in the Washington, D.C. area, Antoniuk has toured extensively. His numerous awards and commissions include grants from the Canada Council and National Endowment for the Arts and he appears on many albums. In the US, he has teamed up with diverse hit makers such as Ray Charles, Natalie Cole, Bobby McFerrin, Freddie Hubbard and Najee. He has worked with Canadian greats such as PJ Perry, Senator Tommy Banks, big band leader Rob McConnell, the iconic David Foster and trumpet sensation Ingrid Jensen.

Antoniuk leads the Jazz Update, a riveting quartet whose two CDs have climbed the jazz radio charts and earned a worldwide acclaim. The Update also features pianist Wade Beach, bassist Tom Baldwin, and drummer Tony Martucci. All first-call players and respected university music professors, they perform often with the top names in jazz. Along with Antoniuk and Bowen they are well equipped to lead aspiring improvisers into the thickets of Coltrane's music and back out again.

Antoniuk has been called Maryland's “pied piper of jazz" for introducing tens of thousands of children to jazz as a master teaching artist with Washington Performing Arts Society (WPAS). He has also helped hundreds of aspiring adult musicians improve their groove. He is co- founder with Paula Phillips of Maryland Summer Jazz and inDepth Jazz Clinics & Concerts. Now in its seventh year, inDepth draws gifted amateurs and semi-professional musicians from many states. For details and workshop registration, call Jeff Antoniuk at 410-295-6691 or visit indepthjazz.com.

Jazz fans can delve into the Coltrane Canon at Twins Jazz in the U Street Jazz District on Friday, March 30 and Saturday, March 31. Concertgoers will hear the red-hot saxophones of Ralph Bowen and Jeff Antoniuk along with the Jazz Update. The concert is entitled “Giant Steps—the Album," featuring the music of John Coltrane.

Longtime fans of the Update will recognize the same deeply informed approach the band has brought to other popular theme concerts performed on both coasts of the United States. New audiences can anticipate hearing Coltrane's classic compositions played expertly by five musicians at the height of their musical powers.

Located at 1344 U Street, NW Washington DC, Twins Jazz Club has been an important showcase for jazz for decades. Shows are at 9:00 p.m. and 11:00 p.m. Tickets are $20 and can be purchased by visiting twinsjazz.com.