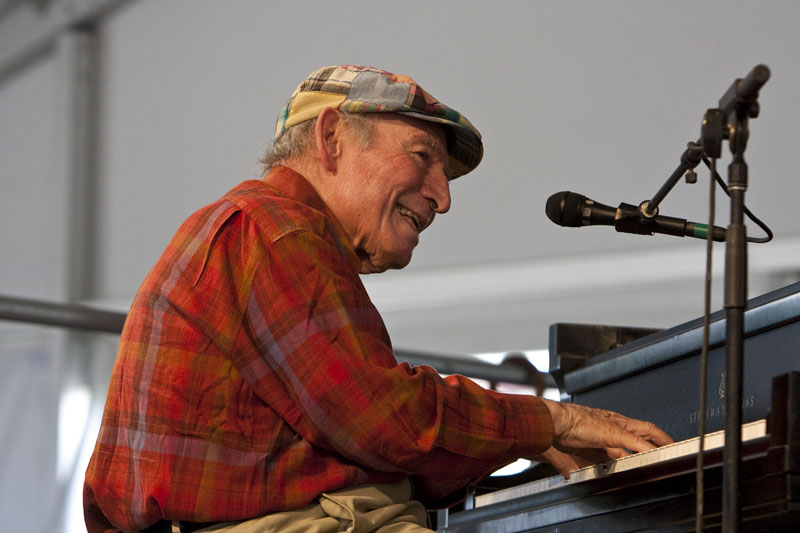 As impresario and swing jazz pianist, George Wein is best known for creating the first Newport Folk Festival (NFF) in 1954 and Newport Jazz Festival (NJF) in 1959, supported almost entirely by jazz fans Louis and Elaine Lorillard and, at that point in time, nonprofit entities.

In a telephone interview, just before this August Fort Adams Jazz Festival in Newport Rhode Island, George Wein spoke from his New York office about the future of the Newport Festivals Foundation.

He described how the recent nonprofit status will be restricted to Newport's two Annual Fests and will reach out to “educate young people primarily from Rhode Island and New England, but also from around the globe, about jazz and folk music."

What was George Wein's impetus for setting up this nonprofit foundation? “Because we couldn't live without sponsorship [previous sponsors were Schlitz, Kool and JVC]," he said. “When CareFusion only sponsored 2010, looking for sponsors every year seemed impossible. [Because Newport Festivals were nonprofit in the beginning] the only way to get help is to go not-for-profit. I'm working pro-bono, it has nothing to do with business, for it's purely success I'm looking for."

The sad truth about jazz is that even though both Fests may sell out, it is doubtful that there will be sufficient profit.

How did Wein go about starting the Newport Festivals Foundation? He called on these long-time friends and prosperous associates to join in supporting Newports Festivals in perpetuity:

Jerry Chazen, “a fan of Louis Armstrong and that era of jazz" also joined.

Jonathan Nelson attended the NFF and NJF while he was at Brown, then tried to revive both in 1972 when George moved to New York.

Bruce Gordon, a former President of the NAACP, “loves jazz, food and wine," and also joins Wein annually in fundraising for the Harlem Children's Zone.

Dick Cashin is well known for his work with Jazz at Lincoln Center.

Carolyn Rafaelian, Alex and Ani's designer of eco-friendly jewelry wanted “to share the art of jewelry and music."

Jazz communicates with everyone. When our musicians are heard anywhere in the world, America is recognized as an incubator of freedom of expression. As the pianist and vocalist touring with his Newport All-Stars, Wein represents the Newport Festivals as our Ambassador of Jazz.