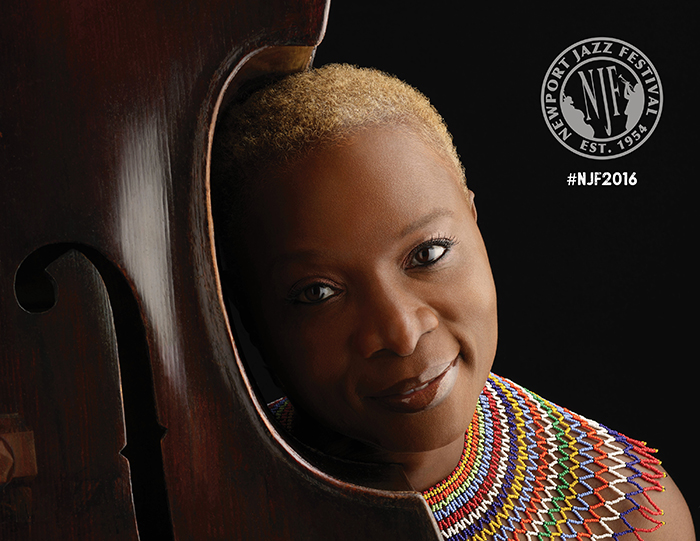 slideshow
George Wein Announces Lineup for 2016 Newport Jazz FestivalSet for July 29- 31, Including Three Full Days of Performances by Some of the World's Greatest Established and Emerging Artists

With last year's highly-celebrated festival behind him, George Wein, Festival producer and chairman of the Newport Festivals Foundation, Inc., today announced the lineup for the 2016 Newport Jazz Festival presented by Natixis Global Asset Management, which will again take place in Newport, RI, July 29- 31 at historic Fort Adams State Park and the International Tennis Hall of Fame at the Newport Casino.

Tickets go on sale Thursday, January 21, at 10:00 am at newportjazzfest.org.

This year's festival includes a wide variety of jazz, “from ragtime piano to the most progressive innovations from the minds of today's young musicians, “ says Wein, who has produced the festival since its inception in 1954. “The Newport Jazz Festival is quite different from other jazz festivals around the world. With multiple stages of music each day, we are able to present a panoply of the world of jazz. Having the opportunity to utilize the creativity of more than 50 different artists means that we can present every style of jazz."

Along with jazz superstars and Grammy winners galore, emerging artists will also have the chance to participate at the festival, particularly on Friday at Fort Adams. New compositions funded with support from the George Wein/Doris Duke Artistic Programming Fund will be presented by Peter Apfelbaum's Sparkler, Tyshawn Sorey & Alloy, Sullivan Fortner Quartet and Ben Williams & Sound Effect. Students from around New England will be well represented with appearances by the URI Big Band, various Berklee College of Music bands and the all-state bands from Massachusetts and Rhode Island. In addition, the festival welcomes a recipient of The ASCAP Foundation Herb Alpert Young Jazz Composer Awards.

The lineup for the Newport Jazz Festival presented by Natixis Global Asset Management is as follows:

Stay tuned to social media for more announcements on an on-going basis.

Tickets for the 2016 Newport Jazz Festival presented by Natixis Global Asset Management go on sale worldwide Thursday, January 21, at 10:00 am. Details at newportjazzfest.org. Service charges apply to all tickets purchased on-line or by phone. For information regarding pre-sales and special offers subscribe to the newsletter on the festival web site or follow us on social media.

General Admission tickets for the Friday, July 29, daytime event at Fort Adams are $45.00 for adults and $20.00 for high school students older than 15 and college students with valid ID. Students must use the Student gate and present valid ID to enter the festival. Offer valid for eligible students while supplies last. Children's tickets are $15.00 for children aged 3- 15.

Flex tickets, which are good any day at Fort Adams events, are still available for a limited time on-line and at the Newport Visitor's Center. Offer ends January 21 at 10:00 am.

Single-day General Admission tickets (no chairs provided) for Saturday and Sunday events at Fort Adams are $60.00 now until January 31, but will be $79.00 per day beginning February 1. These tickets will be $89.00 at the gate, if available. Two- day passes (for Saturday and Sunday) are $120.00 now and will be $145.00 on Feb 1. A limited number of Three-Day passes (for Friday- Sunday events at Fort Adams) are available now for $155.00. Student tickets are $20.00 per day for high school students older than 15 and college students with valid ID. Students must use the Student gate and present valid ID to enter the festival. Offer valid for eligible students while supplies last. Children's tickets are $15.00 for children aged 3- 15. Reserved Seating is available for the Saturday and Sunday events at Fort Adams. Tickets for the Center Reserved Section are $125.00 per day. Regular reserved seating is $95.00.

Tickets for THE Jazz Club, a premium experience offered on Saturday and Sunday, are $375.00 per day. For more details, visit newportjazzfest.org.

General admission tickets for all Fort Adams events can also be purchased in person at the Newport Visitors Information Center, located at 23 America's Cup Avenue. Log on to discovernewport.org for office hours and information. No service charges apply.

Flex tickets, which are good any day at Fort Adams events, are still available for a limited time on-line and at the Newport Visitor's Center.

Service charges apply to all tickets purchased on-line or by phone.

Tickets for the Friday, July 29, 8:00 pm concert at the International Tennis Hall of Fame at the Newport Casino are still available. Prices range from $45.00- $100.00. All seats reserved. There is no child or student pricing for the evening event. The Opening Night Cocktail Party, a Newport summer tradition, kicks off the evening from 6:30 pm. Tickets are $75.00. Price includes open bar and hors d'oeuvres. Party attendees must have a ticket to the Newport Jazz Festival concert. Tickets are available at newportjazzfest.org.

Tickets can be purchased in person at a later date at the Festival office located at 770 Aquidneck Avenue in Middletown.

Newport Jazz Festival's official travel partner, WBGO Jazz 88.3 FM is offering an exclusive Weekend Package for festival fans. For music lovers who want to visit the Newport Jazz Festival for one day, WBGO Travel is offering Day Trips on luxury buses, which will depart from Manhattan, Brooklyn, Newark, NJ and Boston, MA. Information for specific bus locations will be confirmed soon. For tickets and more information, log on to WBGO.org/events.