Geoffrey Keezer Nominated for a Grammy 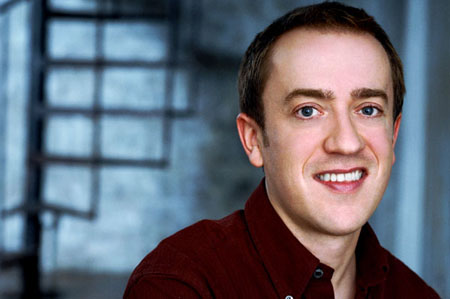 slideshow
Geoffrey Keezer may have just received his first Grammy nomination (Best Latin Jazz Album for his record Aurea), but he is by no means a newbie to the music scene. Since the tender age of 18, when Keezer began playing with Art Blakey's Jazz Messengers, he has made a name for himself in the jazz world.

When asked to comment on his record urea and its recent Grammy nomination, Keezer had the following to say, “It's my first [Grammy nomination], and it's one of the best records I've made. One of the really nice things is we had enough time to do it. I made a record of music exactly the way I wanted to. And the results are clear--you get quality and effort that is recognized by a Grammy nomination."

Keezer's album Aurea is inspired by Afro-Peruvian music, a genre that is characterized by intense rhythms and beats. It was those rhythms and beats that Keezer latched onto for inspiration when creating Aurea. When discovering this genre of music, Keezer was strongly influenced by the culture of South America. For this reason, 10% of album sales are being donated to help impoverished families in South America, with livestock donations via Heifer International.

ArtistShare congratulates Keezer on his nomination, and in celebration has made available the entire album streaming online. To listen to Aurea please visit the ArtistShare Blog.

Geoffrey Keezer: At the age of 18, pianist Geoffrey Keezer was invited to join Art Blakey's Jazz Messengers. An almost unthinkable break for the young man from Wisconsin. Art heard then what we all know to be true--undeniable musical genius. Since then, Geoffrey has worked with virtually all of the living legends of jazz and has appeared on countless recordings both as a leader and as an accompanist. Geoffrey's latest musical adventure, Aurea, is a multinational Afro-Peruvian/jazz recording project featuring some of today's hottest players from New York City and Lima, Peru.