SOURCE: ALL ABOUT JAZZ PUBLICITY
May 5, 2008
Sign in to view read count 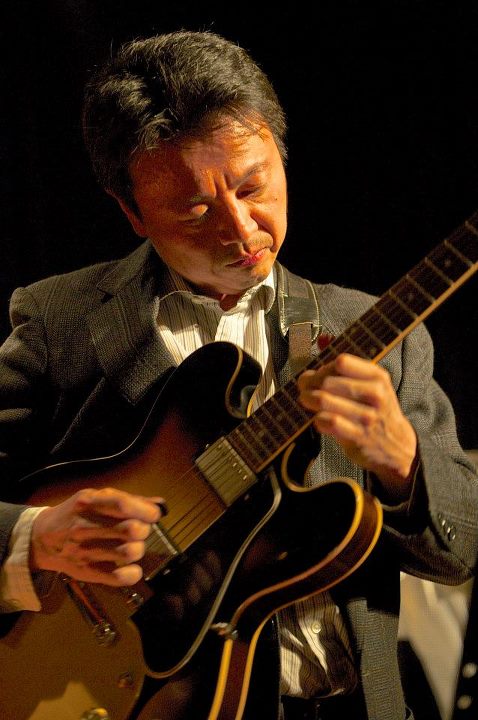 slideshow
Guitarist Gene Ess and his quartet will be recording a new album in June, 2008. This new work will feature the 2006 Thelonious Monk Piano Competition 1st place winner Tigran Hamasyan on piano. Along with the recording dates, the quartet will perform the new material on June 12 at Cachaca and on June 17 at Drom NYC.

At twenty-one, pianist Tigran Hamasyan has already done much to launch his name into the world of emergent young lions. He has toured throughout Europe, moving beyond his native Armenia to take prizes in jazz competitions from Moscow to Monaco. And, after winning the prestigious Thelonious Monk Jazz Piano Competition in 2006, he studied in the United States before returning to Paris, where he recorded his first album, New Era. Tigran will be joining Gene Ess, Harvie S, and Tyshawn Sorey for these New York dates.

Gene Ess brings his award-winning musicianship from a very diverse background. He grew up playing the classical piano, due to his mother being a classical pianist and a well-known piano instructor. His early years were filled with the classical sounds of Beethoven and Chopin. Simultaneously, Gene was receiving a mix of influences: he was exposed to the indigenous music of Okinawa, and - growing up on a US Air Force Base- to the pop and jazz music of the day.

Cindy McLeod of Jazz Review writes “With the release of Sandbox and Sanctum, Gene Ess has firmly cemented his place as a major jazz artist of the new millennium. His post-bop work is delivered with adventurous spirit and intense ethos, offering a powerful, unique voice to the idiom. A guitarist of virtuosic proportions, Ess plays fluid chromatic lines sometimes reminiscent of John Abercrombie. His performance is simply stated, yet reveals stunning technical fluency, the signature of all true greats. There's a delicious sense of tension/release with his performance riding over the rhythm section, Ess is a master of the art of creating dynamic interplay. Supple, sanguine, and superb are the three words that kept popping into my head as I listened, this recording knocked my socks off and will be in my CD player on a regular basis for many years to come."