SOURCE: ALL ABOUT JAZZ
February 13, 2010
Sign in to view read count 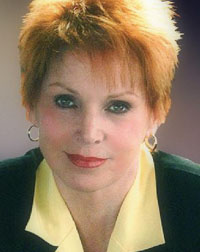 Gail Marten's CD In Love Again, recorded with Larry Willis, Herman Burney and Eric Kennedy, and released in October 2009 was chosen one of The 20 Best Vocal CDs of 2009 by Jazzhouse Diaries.

The honor was announced by noted jazz writer, critic and broadcaster W. Royal Stokes on December 29th. The music from the CD is in regular rotation on radio worldwide. Cathay Pacific Airlines is just one of the international airlines that will be playing the music from IN LOVE AGAIN. The CD received glowing praise in a review by Valerie Williams at Skope Magazine. Complete review at gailmarten.com or skopemag.com.

Marten's CD Pure Joy, produced with Clem Ehoff, was announced “Best of The 2000's" by Brian Ball at Women's Radio Network. Marten was one of those described as “the greatest artists that have touched our hearts in the last decade."