Free "Zombies" MP3 Download by Tomisheep at All About Jazz 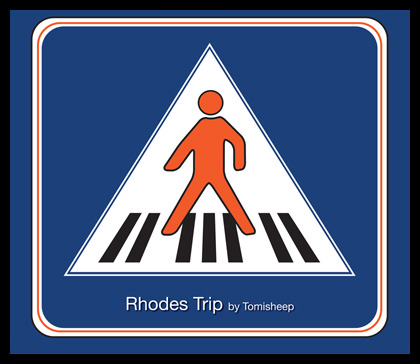 slideshow
In celebration of Holloween and the new AMC series, The Walking Dead, we present “Zombies," by keyboardist Tomisheep.

About the track: Tomisheep lays down a thick groove behind a zombie killing tutorial.

In the artist's words: A real Halloween gift for you guys! This is the musical version of the voice of Paul Scofield, taken from the short film, What to Do in a Zombie Attack, by Joey Carillo, Lone Bannana Productions. Since I'm from an ex-Communist country (Hungary), I find it very amusing to see how similar the style of stupid American propaganda is to the stupid Communist one. This is one of the few songs I did with this type of narration on it. I'm planning on sharing others soon. Even funnier ones!

All About Jazz reviews Rhodes Trip.

Born in Szolnok, Hungary, Tomisheep is a Montreal-based classically trained pianist/keyboardist, composer, arranger and sound designer. He works predominantly in the areas of studio and commercial music, in addition to a variety of popular, rock, hip hop and classical music projects.

He is a graduate of the Bartok Béla Zeneiskola (Béla Bartok Music Academy) in Hungary. Tomisheep arrived in Montreal in 2005, and has since been the in-house musical director at Air M.S. Media. Rhodes Trip was inspired by Tomisheep's purchase of a vintage Fender Rhodes piano, an instrument whose historical and recognizable sound can be heard on legendary recordings such as The Beatles' “Let It Be," on Stevie Wonder's “You Are The Sunshine of My Life," and on recordings by legendary jazz musicians Miles Davis, Duke Ellington, Joe Zawinul and Herbie Hancock.

Tomisheep's personal Rhodes trip started at improvised music sessions with a group of some of Montreal's best known instrumentalists. Tomisheep says: “After scoring the music for 26 episodes of a TV series, I needed to get away from the computer and back to the basics of free form improvising and recording with great musicians. I dug out my trusted Fender Rhodes, and contacted my friend Alex Bellegarde, a great double-bassist and improviser.

There were moments in these recorded jams that were too cool to delete. A few more friends added overdubs to the original tracks; Rhodes Trip is the result of these sessions." Rhodes Trip features Tomisheep on Rhodes piano; Namori Cisse and Alain Mercure on drums; Alex Bellegarde on electric contrabass; with guest appearances by Daniel Paul Bourdages on flute, Philippe Dalphe on saxophone, Eduardo Sanchez on trumpet, Richard Lemoine on guitar, Kiko Osorio on percussion; and turntablists DJ 7D & DJ Pocket.