Free Exclusive Video Download of "Details of the Wind" from Songlines 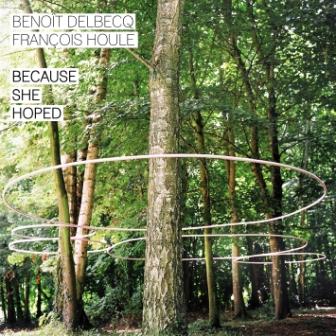 slideshow
For the next two weeks, Songlines Recordings, home to such critically acclaimed artists as Brad Shepik, Harris Eisenstadt's Canada Day, and Benoit Delbecq, is giving away a free, exclusive download of a video from Delbecq and Francois Houle. The video captures the two musicians in the studio during the recording of their current Songlines release Because She Hoped, performing an improvisation of the song, “Details of the Wind."

Because She Hoped is the third release on Songlines from pianist Benoit Delbecq and clarinetist Francois Houle, whose previous CDs include Nancali (1997) and Dice Thrown (2002). In 2010, Delbecq was awarded the ultimate accolade from the French recording world, the Grand Prix International du Disque in jazz, for his simultaneous rekeases, The Sixth Jump (with his trio) and Circles and Calligrams (solo piano,) his 9th and 10th for Songlines. Houle was the leader on Songlines' debut CD, and in 1998, created a John Carter tribute, In the Vernacular, which also featured Dave Douglas and Mark Dresser.

While it was recorded during the session for Because She Hoped, “Details of the Wind" is not included on the CD, which Ben Ratliff described in his December 26 New York Times review as “an album of moods and miniatures and short-order skirmishes positioned somewhere between classical music and post-'60s jazz."

In his recent profile of the duo on NPR's Fresh Air, jazz critic Kevin Whitehead stated, “Improvisers who really investigate an instrument know the possibilities best. They can create their own little sound worlds, as François Houle and Benoît Delbecq do here." To see these two brilliant improvisers at work, download the exclusive video of “Details of the Wind," by becoming a fan of Songlines on Facebook.