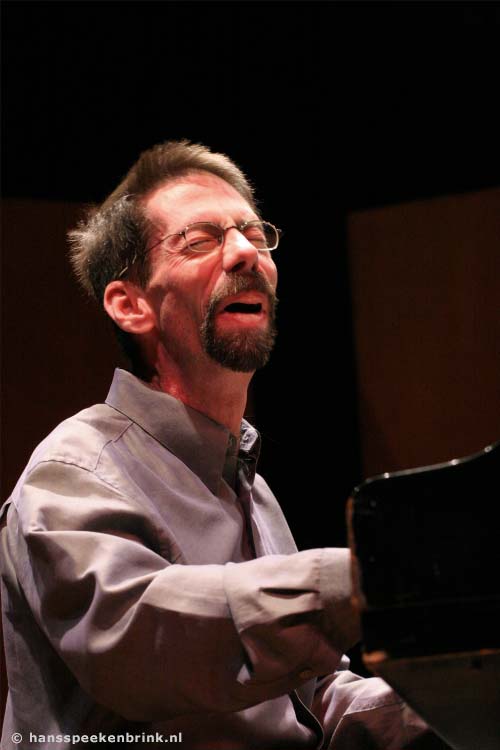 As if a capstone ending to the preceding winter season, this spring, pianist Fred Hersch performs music from his Leaves of Grass (Palmetto Records, 2005) recordings at the New England Conservatory (NEC). On these recordings, Hersch creates music drawing inspiration from Walt Whitman's collection of poems entitled “Leaves of Grass."

Whitman was one of several New England-based writers associated with the transcendental movement in literature. These writers rebelled against many of the cultural norms of their day, and attempted to create a new form of American literature. In “Leaves of Grass," Whitman's poetry moved away from the standard use of symbols and allegory that were commonplace, by reveling in the human's role in nature and employing free verse.

Hersch's performance is scheduled to occur at NEC's Jordon Hall. “There is nothing like playing in Jordan hall," Hersch said of the music room located on the campus where he is also an instructor. “Acoustically, I think it's one of the magnificent concert halls in the US. I like the way it's set up, the audience feels close to you. I just love that it's this kind of wooden jewel box."

Hersch's adoration of the hall has been nurtured for years. He's been teaching at NEC for over three decades. Prior to that, he was enrolled as a student. Hersch recalled that when he attended Grinnell College in Iowa, he “...wandered into a jazz club and got bit by the bug. I began apprenticing myself to the local jazz musicians. I got great experience and the musicians were very kind to me." Yet, Hersch yearned to learn more.

“I heard that Jaki Byard was teaching at NEC, and at that time there were only a handful of music schools that acknowledged jazz at all. Basically, I got in a car and drove up with a friend." Conquering nearly nearly 900 miles during the energy crisis, Hersch arrived at NEC, tracked down Byard down in a hallway, and played him a few tunes. “He said, 'You're in,'" Hersch recalled with a smile.

Last spring, Hersch and fellow pianist Jason Moran embarked on a series of dual performances. “People are a little surprised by the pairing," Hersch commented. His eyes glistened as he exuded warmth and enthusiasm. “We're both, in our ways, very loose. We're both improvisers, not manicured. His play expresses itself differently in terms of his sound. Certainly volume-wise he's the louder of the two. I just like him a as a musician and a colleague. He has a lot of freedom in his playing and I think we bring out different things in each other."

“Whats tricky about [a dual piano pairing] is that you have to remember that you're half of a whole. You have to give the other pianist space. Sometimes it's fine to just make an incredible amount of sound, but, in general, the art of two piano playing is kind of back and fourth. If you play like a solo, it's a disaster. Here the piano is a percussion instrument, but it's also an orchestra, so it's interesting."

Perhaps this pairing need not be such a surprise to the jazz community. After all, both pianists studied under Jaki Byard, jazz luminary and NEC educator, who Hersch fondly described as an encyclopedia of jazz. Last year, Moran also joined the NEC faculty. “I was very flattered when I heard that Jason said one of the reasons he joined [NEC] is because I was here."

Last year also saw Hersch release Alone At The Village Vanguard (Palmetto Records, 2011), a solo piano album recorded live at historic New York City jazz club, which netted a pair of Grammy nominations. While reflecting on the project, Hersch stated: “It's the definitive jazz club. I'm honored to have the first solo piano recording in the club's history." The year also included a performance of “My Coma Dreams," with a 10-piece ensemble at Montclair State University.

This spring, Hersch performs Leaves of Grass at NEC, select European dates with the Hersch/Delbecq double trio, and a series of a series New York performances in a variety of formats.

Last year was a busy year for Hersch. This year promises more of the same.