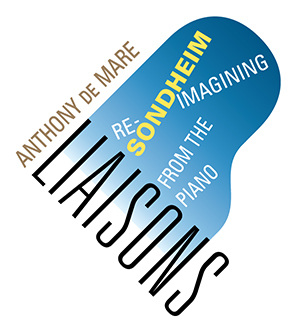 Fred Hersch/No One Is Alone—"No One Is Alone (from Into the Woods ) appealed to me because its diatonic melody (like many of the great tunes by Richard Rodgers) enabled me to make subtle changes in the harmony that reflect my jazz sensibility. I could make the arrangement sound lush and pianistic&#151and just let the melody sing. And I love what the lyric says—it is a very relevant song." Commissioned by Dan Gallagher and Peter Shearer for their son, Ian Gallagher Shearer.

Ethan Iverson/Send in the Clowns—Pianist, composer and critic Iverson is a graduate of The Juilliard School. Best known for his work in the postmodern jazz trio The Bad Plus, which tours all over the world, he was formerly musical director for The Mark Morris dance Group. Commissioned by Frank K. Godcheaux and Mark Murashige.