SOURCE: ALL ABOUT JAZZ PUBLICITY
May 25, 2007
Sign in to view read count 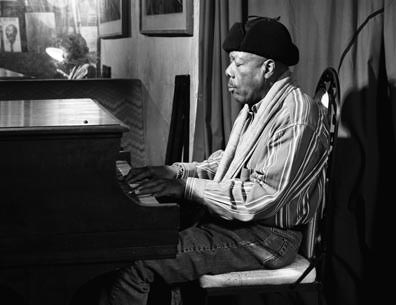 Frank Hewitt was a fixture on the New York jazz scene since the mid-fifties. Over the years he played regularly with Cecil Payne, Howard McGhee, Charles Davis, and the late saxophone legend Clarence “C" Sharpe. He was the featured artist at Smalls for over eight years until his passing on September 5th, 2002 at age 66. He appeared in the Living Theater's landmark production of “The Connection," and played with Billie Holiday, Dinah Washington, John Coltrane, among a long list of notables. Musicians acknowledge him as a master, and the most under-recognized bebop pianist of his generation. His influences were Elmo Hope, Bud Powell, and Thelonious Monk. At Smalls, he influenced a generation of contemporary artists, and pianists from around the world came to hear him. His few recordings are among the most sought-after collector's items among musicians in New York. 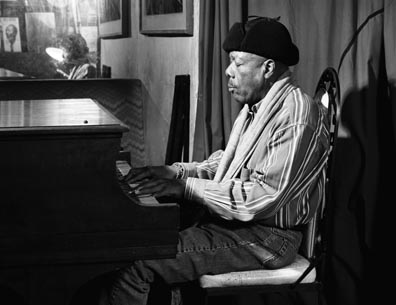 More about Frank Hewitt
In New York City, the cabaret laws enacted in 1926 during Prohibition strictly forbade the gathering of more than three musicians and forbade the use of brass or percussion instruments, except in those few nightclubs that were specially licensed and regulated by the city. The laws were believed by many to be in part instruments for preventing the congregation of black people, and the mixing of races. Jazz was held as a culprit, a source of moral decadence, and the cabaret laws afforded the city the means to zone jazz into virtual extinction. The laws persisted on the books until 1988 when they were overturned on the grounds that they violated the constitutional right to free speech, as famously argued by Paul Chevigny. In the aftermath, myriad small jazz clubs flourished in a renaissance of jazz in New York. Smalls was notable among them.

Smalls, and its successor in the present day, Fat Cat, were the brainchildren of quixotic jazz-lover Mitch Borden, who wanted to build a club that would serve the needs of jazz musicians and enthusiasts. Artists of special merit were featured regularly, receiving the rare opportunity to develop their repertoires and styles to maturity. During the day, musicians would come to Smalls to rehearse, some even sleeping there when they couldn't find housing. Each night, music flowed until dawn -- and the price was right. As word spread, Smalls developed into the social hub of the NY jazz scene. A steady stream of musicians from around the world came to listen and to congregate in its fabled back room, which hosted long listening sessions, and a perpetual conversation about music and life. We who were involved with Smalls on a week-to-week basis formed a close-knit community, bearing witness to one-another's lives, loves, and sometimes deaths. We are the “we" in the title of this record, and we count ourselves fortunate to have had Frank working and living amongst us.

Frank Burton Hewitt was born in Queens, NY on October 23rd, 1935, and grew up in Sugar Hill, Harlem. His mother, a church pianist, exposed Frank to piano music and started him on lessons early in childhood. Over the course of ten years of classical study, he developed into a capable pianist. He attended the High School of Needle Trades, originally intending to become a tailor, but as a teenager he was increasingly drawn to the jazz piano. One night, while washing dishes for a church social at his mother's apartment, he heard Charlie Parker's “Dewey Square" on the record player. After all had gone home, he played it over and over again, ever more intrigued by its dark, subtle beauty, and the mystery of its melodic lines. This, he felt, was the kind of music he wanted to explore. Over time he met up with Bud Powell, Thelonious Monk, and Elmo Hope, whom he would later count as his greatest influences. By his early twenties, Frank was playing often as a sideman on the New York scene, appearing with such notables as Billie Holiday, Dinah Washington, John Coltrane, Howard McGhee, Cecil Payne, and many others. In 1961, he performed in The Living Theater's groundbreaking production of “The Connection." Over the years, he held down the piano bench at countless sessions, appearing often at Barry Harris' jazz workshops, at the University of the Streets, and at the Jazz Vespers at St. Peter's Church. He was also often heard accompanying the late underground saxophone legend Clarence “C" Sharpe, himself a direct influence upon many from the Smalls community, and the subject of a future Smalls Records project.

Frank was the featured artist at Smalls, appearing two or three times weekly for nine years running. During that time, he was heard by tens of thousands of Smalls fans, among them numerous jazz pianists from around the world who came to listen and learn. The history of jazz is often mistaken as the history of jazz recordings; but in truth, the history of the music is constituted by sessions, night after night, only a few of which are ever recorded. In a club like Smalls, where Frank was featured weekly, we had the unique opportunity to experience the long process of coming to appreciate the depth and breadth of his music, its expressive force, and its melodic and harmonic ingenuity. We cannot afford you the same experience on records. But we feel these recorded performances attain the highest level of achievement, and that repeated listening will yield continual rewards.

The two sessions highlighted here show Frank in two distinctly different moods, affording the listener new to Frank's music some appreciation for his expressive range. Frank is accompanied throughout by his long-standing bassist Ari Roland. They are joined on one session by veteran drummer Jimmy Lovelace, and on the other, by up-and-coming drummer Danny Rosenfeld. These two groups represent Frank's two working trios from Smalls. The level of interplay in these trios is very high, developed over many years together on the bandstand.

The sessions were run in the manner of a live performance and recorded and mixed live using no isolation. [We hope the listener will excuse the occasionally uneven quality of these recording experiments in lieu of their historical importance.] Frank never called his tunes ahead of time on these sessions, preferring to let his mood dictate the selection. Take special note of Frank's improvised introductions to each tune. Frank felt that the verse was an important part of a composition, and the introductions are original verses, which establish a thematic basis for subsequent improvisation. The thematic development in Frank's improvisations is ingenious, so much so that new listeners often underestimate him. We had the unfair advantage of hearing him night after night, which helped to settle all questions over time. Frank's ingenuity was all in the service of the poetic spirit, which is what makes the experience of listening to him such a complete one in the end.

Though Frank was the master musician in our midst, the major record labels overlooked him in their incessant quest for young, photogenic, crossover musicians. The crass negligence of the major labels gave rise to the moral imperative to create a record label for the Smalls community to ensure that Frank Hewitt, and jazz artists like him, would not be neglected in recorded history. We hoped to give Frank a few years in the sun, but tragically, he died on September 5th, 2002 before this record could be released. We'll miss you Frank.