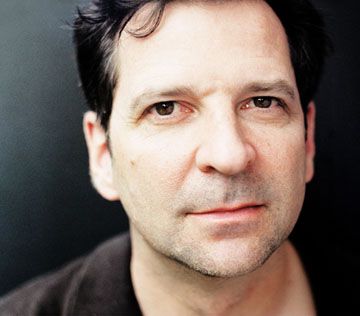 slideshow
"A pianist and composer of high stature in his native Montreal, Mr. Bourassa favors avant-gardism of a liquid and often lyrical sort. He has an established rapport with the saxophonist Andre Leroux" --The New York Times (Nate Chinen)

“Elegant and concise compositions... full of rhythmic energy... generous lyricism... a true collaborative effort... Invites you to watch out for the next live performances of this excellent band" --Jazz Magazine (France, October 2008)

Montreal-based composer and pianist Francois Bourassa proudly announces a rare tour in the U.S., with concerts scheduled at The Zinc Bar in NYC (June 14), The Rochester International Jazz Festival (June 15) and The Lily Pad in Cambridge, MA (June 16). Bourassa leads one of Canada's most acclaimed and revered jazz ensembles, which recently celebrated its 25th anniversary. The quartet is composed of Francois with Guy Boisvert on bass, the celebrated saxophonist Andr Leroux and the young prodigy on drums, Philippe Melanson. West African percussionist Aboulaye Kon joined the group on the last album, bringing a “world" flavour to Franois' compositions: this great line up performs on the album Rasstones , (plus drummer Greg Ritchie): it was released in September 2007 on Effendi Records. Franois' career has gained some major momentum from numerous events, most notably: a 6-month residency in New York City (2005) which brought out a desire to play as much as he possibly could; and winning the Montreal International Jazz Festival's Oscar Peterson Prize in 2007. Bourassa previously won the Festival's new talent competition in 1985, which led to the start of his recording career. Since then, the band has recorded six albums and has toured festivals, clubs and cultural centres around the world, including venues in the USA, France, the UK, Belgium, Spain, Poland, the Netherlands, India, Korea, China, Japan, Mexico and Russia, as well as numerous trips across Canada. Festivals played include the prestigious North Sea, Utsav, The Paris Jazz Festival, The Cork Jazz Festival, Yokohama and of course, Montreal Jazz Fests. The Francois Bourassa Quartet have opened for luminaries such as Dizzy Gillespie, Wayne Shorter, Dave Holland, Stan Getz, Abbey Lincoln, Wynton Marsalis, Dave Brubeck and Ravi Coltrane. “Keep on doing that s*** that you're doing," said Wayne Shorterto the band after they opened for him on a Western Canadian tour.

“A passionate musical architecture, including beautiful progressions, amazing rhythm changes... a pianist and composer totally inhabited by his music... a remarkable album, that surprises from beginning to the end, in every way" --JazzMan (France)

“Bourassa's gifts border on the exceptional; he brings to the 88 a tremendous ear, a technique that Oliver Jones would approve of, and a creative component that is producing a body of original material that is sure to gain him an international following." --Artsandopinions.com

More on Franois Bourassa: As a youth Francois Bourassa studied piano and composition (and also explored blues guitar). He holds a Bachelor's degree in performance with “Distinction and Honours in Composition" from McGill University and a Master's degree from the New England Conservatory of Music with Academic Honours and Distinction in Performance, where he studied with George Russell, one of modern jazz's leading composers, and pianist Fred Hersch, known as a superior soloist and interpreter of ballads. Franois is a two-time recipient of the Official IAJE Award for Outstanding service to Jazz Education. The artist currently teaches at l'Universit du Qubec Montreal. In addition, he has given workshops and clinics in France and Canada and fulfilled a residency at Bishop's University in Lennoxville, Quebec.

Francois Bourassa's compositions are featured on seven critically acclaimed recordings, Reflet 1 (1986), Jeune Vieux Jeune (1993), Echo (1996 - which received major distribution in North America and Japan), Cactus (1998), Live (2001-winner of Canadian JUNO for Contemporary Jazz Album of the Year), and Indefinite Time (2003- winner of the FELIX award in Quebec). Live (Effendi Records), was recorded at Toronto's Top of the Senator and featured a Monk medley and a tribute to Herbie Nichols; Indefinite Time (Effendi) also won an OPUS award in Jazz/World music and featured an Ornette Coleman piece, and tributes to Wayne Shorter and Boubacar Traore. In France it received a coveted Choc! in Jazzman Magazine; and US critics were unanimous that it was time this artist's music was known south of the border. Bourassa's latest recording, Rasstones (2007 Effendi) is nominated for a Juno, a Felix, and won the Opus award 2009 (best album in jazz/world). French critics (Jazzman, JazzMag, Citizen Jazz) have all raved about its brilliance.

Mark Miller, of Canada's Globe and Mail, has commended Francois for “not playing the usual standards". In fact, he has composed several commissioned pieces, including works for Effendi Records' JazzLab, Les Ballets Jazz de Montral, a Jazz Mass, and for classical ensembles Amati and that of percussionist Marie-Jose Simard. Over the years, Franois and his group have received numerous composing, touring and recording grants from the Canada Council for the Arts and the Conseil des Arts et des Lettres du Qubec. Recently he has recorded and performed with Quebec artists Yannick Rieu, Alain Caron, Jean Derome, Tim Brady and Pierre Tanguay, as well as tours with Quasar and Jeanne Rochette. Francois Bourassa recently appeared on two popular compilations (Montreal Variations - Analekta; Berceuse pour Philou - Effendi).

In 2007 Francois was given the prestigious Oscar Peterson Award at the Montreal International Jazz Festival before his performance at the Spectrum de Montreal. Of this he has said “It's a great honor...there are so many good musicians out there...I'm pleased and surprised that I was chosen". Franois has also stated that “my main goals in music are expression of emotion and the ability to touch people in an intangible manner" ...with his recent shows at the Jazz Gallery, and at Dizzy's Club Coca-Cola , Burlington's Discover Jazz Festival in Vermont, and at Beijing University's jazz series, it's obvious that he has achieved that goal. In 2008, Francois Bourassa performed at the IAJE in Toronto and also toured through Canada, India and Europe to promote the new album Rasstones. 2009 brought more collaborations - one with Iraq musician Mahammad Gomar on Jozza at the Festival du Monde Arabe, others with Alain Caron, Yannick Rieu (for a prize-winning album Y is Memory on Justin Time), and with superb French chanson artist Jeanne Rochette.

Highlights for 2010 include a world premiere of a concerto for percussionist Marie-Josee Simard and the Orchestre Symphonique de Trois Rivieres, and a two piano concert for Radio Canada with New York-based Jean Michel Pilc.