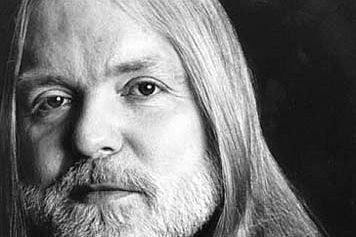 slideshow
In a hard look at creative motivation, David Deal looks at the creation and inspiration through the lens of famous artist Gregg Allman, a master of the 'creative hustle' and how his philosophy can be applied by those seeking success in the music industry today.

When an idea comes to you in the middle of the night, do you act on it, or do you yawn, roll over, and return to the arms of Morpheus, even though the original spark of inspiration may dissolve into the recesses of your unconscious mind? When you sit down to create – whether you write blog posts or poems – do you give yourself over to the power of the muse, or do you squeeze in creativity amid a flurry of tweets, Facebook posts, and YouTube clips?

If you possess creative hustle, you don’t wait around for the right time to create. You choose to dig into the well of ideas even when doing so means staying up late — even when you’d prefer the comfort of your pillow. You record every idea no matter how silly or rough because any idea can become something great. You choose to push yourself. And you reap the rewards of taking an idea to full fruition because you cared too much to let it remain a rough draft in your head.

Gregg Allman, who passed away May 27, was a creative hustler. Throughout his life, ] with the Allman Brothers and as a solo performer, he wrote or co-wrote some of the landmark songs in the history of rock, such as “Whipping Post,” “Melissa,” and “Midnight Rider.” He wrote and sang of hard living, relationships gone sour, and lawless living in the tradition of the great blues musicians of the Mississippi Delta, but with his own personal style suffused with grit and grace. And his thirst to create was insatiable. In the autobiography My Cross to Bear, he tells the story about how he answered the call of creativity to write one of the Allman Brothers’ signature songs, “Whipping Post,” in the middle of the night while he was staying as a guest in someone’s house. It’s a lengthy passage but worth sharing in its entirety because it says everything about the essence of creative hustling:

So that first night, I laid me down to go to sleep on my attic couch, and I dozed off for a while. All of a sudden, I woke up, because a song had me by the ass. The intro had three sets of three, and two little steps that allowed you to jump back up on the next triad. I thought it was different, and I love different things. It hit me like a ton of bricks. I wish the rest of them had come like this – it was all right there in my head, all I had to do was write it down so I wouldn’t forget it by the morning.

I started feeling around for a light switch, but I couldn’t find one anywhere. I was in my sock feet; I just had on my drawers and a T-shirt. I found my way into the kitchen and it was pitch-dark. I had my hands out and I touched an ironing board – thank goodness, instead of tripping over it, which would have made a terrible noise.

I was feeling all around the counters for a piece of paper. I couldn’t find any paper or a pencil anywhere, but I did find a box of kitchen matches. A car happened to go by, and its lights flashed long enough to allow me to see that red, white, and blue box. I knew I could use the matches to write with, because I had diddled around enough with art to know what charcoal would work.

I figured the ironing board cover would work as a pad, so I’d strike a match, blow it out, use the charcoal tip to write with, and then strike another one. I charted out the three triads and the two little steps, and then I went to work on the lyrics:

I got it all down on that ironing board cover, in the closest thing to shorthand as I could muster up.

That passage has always convicted me as surely as a Biblical verse. I think of all the times I’ve frittered away ideas because it was just too inconvenient to stop what I was doing and run with them. Too often I manage the creative process like a to-do list, like something I just handle when I can, not when I need to. I marvel at how Gregg Allman describes a song taking hold of him, like a tick that gets into your skin and won’t let go. And he won’t allow the lack of available tools to stop him. He is willing to blow out match after match until he has enough charcoal to capture the moment.

But what if he’d rolled decided to get a good night’s sleep when the urge to create had taken hold? He might have gotten out of bed the next day barely remembering that moment of inspiration. He might have lost “Whipping Post” to the demands of the day. And the song might have become nothing more than a vague memory in Gregg Allman’s head.

Gregg Allman was a servant to creativity. He took the creative gifts bestowed upon him and hustled.