Fareed Haque, Ted Sirota And Others At Constellation, April 22, For Fundraiser 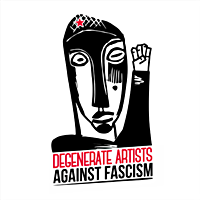 slideshow
Some of Chicago’s finest jazz, classical, blues and world musicians come together to make a joyful noise against the fascist agenda of the Trump/Pence regime. All proceeds will go to fund actions and publicity for Refuse Fascism.

All sounds will go towards driving out the illegitimate and fascist Trump/Pence regime. Tickets are $15 online in advance and $20 at the door, and all proceeds will go to benefit RefuseFascism.org. RefuseFascism.org believes this is a moment in history when millions must stand together with conviction and courage, overcoming fear and uncertainty, to resist and say “NO!” Not just for ourselves, but in the name of humanity. Degenerate Artists Against Fascism, founded by Chicago musician Ted Sirota, refers to the Nazi assault on modern art known as Entartete Kunst or “Degenerate Art”. Modern artists and their work was labeled “degenerate” and considered too “jewish”, “negroid”, and “bolshevik” in nature. The concert is a small part of both groups ongoing efforts aimed at raising awareness of fascism taking hold in this country and building the Refuse Fascism movement to stop it.

All funds raised at the event will go to support RefuseFascism, and help with printing, materials, travel costs, administrative costs, etc. Everyone working on the event, and for the cause (including the artists) is donating his/her time and talents.