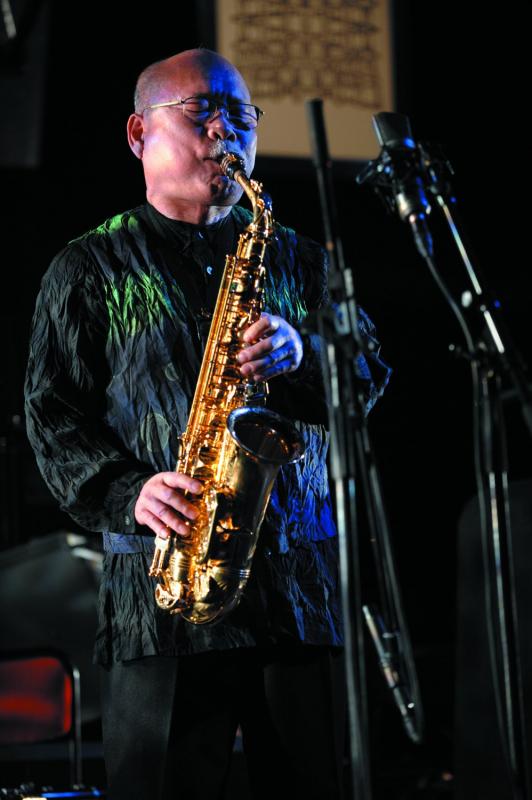 slideshow
Family Vineyard is proud to announce a new partnership with legendary Japanese saxophonist Akira Sakata. On Sept. 22 the label will issue Friendly Pants-- his first U.S. album in more than 20 years.

Since 2005 Sakata has been aligned with Corsano and Gray--a duo equally informed by underground American rock, noise & free jazz--and already issued two other smoked and blown out albums with them in Japan. On each of those they were joined by Jim O'Rourke, who remains in the producer's chair for this session.

Sakata deliverers ferocious / highly lyrical approaches to the post-bop field and with Chikamorachi's recalls late-period John Coltrane or Pharoah Sanders during the early 1970s at times. While the three smear and tear at the edges, Sakata's massive tone and melodic sense reins in the chaos to create beauty and awe.

Originally issued on O'Rourke's Japanese imprint Shakaijin Records, Friendly Pants is now reissued for the rest of the world to dig.