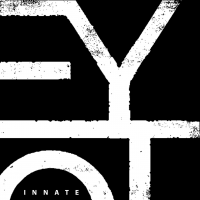 For the official announcement, EYOT has released a video for their first single “Veer." (see below)

“Veer"—to change direction; shift, turn, or change from one course, position, inclination; one can hear melody moving and rhythm changing in the tune. When read in the band’s native language, Serbian, “Veer" is pronounced the same, but it becomes “Vir-whirl." This is of paramount importance, for this composition is dedicated to the famous archaeological site in Serbia, LEPENSKI VIR, one of the oldest traces of human settlements in the world.

Innate will be released on February 20, 2017 from independent New York label—Ninety and Nine Records.

“This highly original quartet unites jazz, classical, folk and rock elements in an intoxicating mix that is at once meditative and invigorating.”—Ian Patterson, All About Jazz

“The proud representative of a new generation of European musicians, this Serbian quartet breaks all temporal, geographical and cultural boundaries of Balkan Jazz, explosively blending classical music, art-rock and traditional melodies. In its quest for new creative sound combinations, Eyot restlessly explores the limits between tradition and innovation and leads European Jazz off the beaten track. Known as the “Nirvana of Jazz", the four musicians light up the stage with outstandingly fresh and electrifying sounds. The quartet brings to life a music of unique creativity which strikes a pleasant balance between simplicity and sophistication, and is both coarse yet delicate."—Cully Jazz Festival