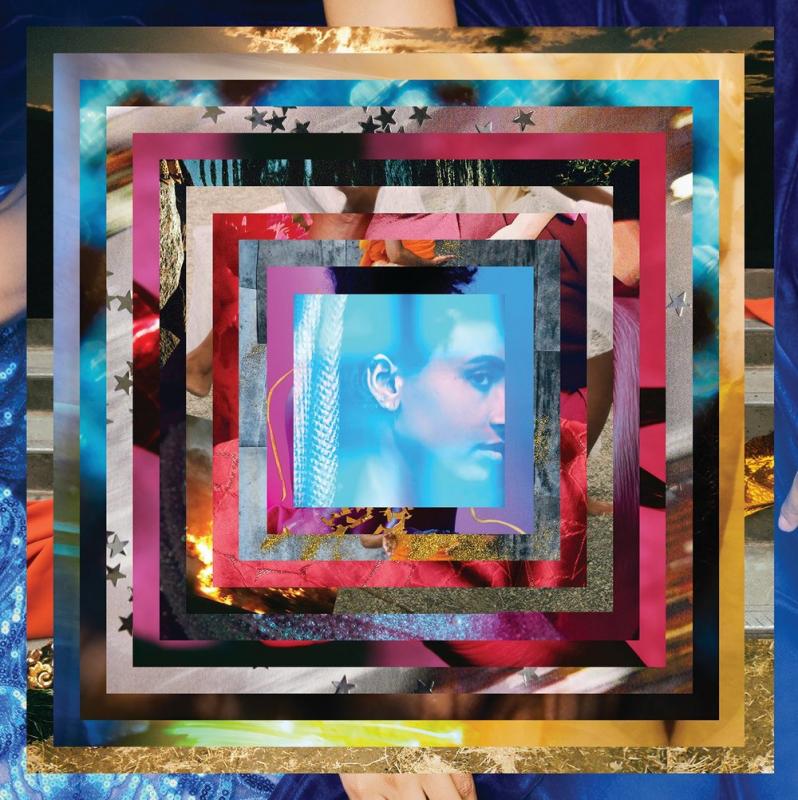 Thank you for making these 40 years possible and being our partner as we launch into the new decade of service to our community!

Seven collaborative and five solo albums into her career at 31, Esperanza Spalding has always resolutely, intuitively, deftly expanded upon both her art and herself as a world-renowned genre- bending composer, bassist and vocalist. Spalding’s work, grounded in jazz traditions but never bound by them, has won her four Grammy awards and brought her onstage at the Oscars, the Nobel Prize Ceremony, the White House, and with Prince and Herbie Hancock. Not only does she know who she is, we know who she is.

Or, rather, we think we do. The elastic self and work of a true artist is always changing; ideas are channeled, shape-shifting becomes necessary. Emily’s D+Evolution (pronounced “d plus evolution”) is where we meet Emily—both Esperanza’s middle name and the label for the spirit- muse that flows through this multi-dimensional, theatrical performance artwork wrapped in a brilliantly urgent, vivacious record. With 6 tracks co-produced by Tony Visconti (David Bowie) and drawing, at times, from wellsprings as disparate as Cream to Shostakovich to St. Vincent, Emily’s D+Evolution is a kaleidoscopic project; raw, honest, luminous.

“Whether you want to see it as devolution and evolution, and the place where they co-exist without one diminishing the other, or...barely having the tools that you need, but having to move forward, and having to keep moving," Spalding explained to NPR in a recent interview, the album conceptually addresses the always exciting, sometimes messy process of reconciling the aspects of our selves that are in conflict. Exploding with literal and proverbial electricity, this album’s complex but immediate compositions were committed to tape partially live, and partially in front of a control room packed full of 20 or more onlookers. The trio of Spalding (fretless electric bass and vocals), Matthew Stevens (electric guitar) and Justin Tyson and Karriem Riggins (splitting drum duties) often decided to use the first take—a testament to the project’s particular energy and Spalding’s virtuosity. Many of the compositions on Emily’s D+Evolution were, after all, incubated onstage during the rigorous live performance schedule that preceded it.

Armed with the entity of Emily flowing through her, Spalding’s visionary performance of the album is an experience to behold and an integral part of the project itself. Here, Spalding is, for the first time, incorporating stage design, movement and acting into her already vivid musical storytelling practice. She’s working with stage director and playwright Will Wiegler to manifest her concepts physically now that they’ve come to life aurally. Each track on the album, from the soaring ode to uninhibited self-expression “Good Lava” to the affecting, shimmery funk ballad “Unconditional Love”, Emily’s D+Evolution is rich, surprising and labyrinthian, yet classic and timeless, as if these songs have always existed out there in the ether. Turns out that Spalding just had to tune in to Emily to bring them here to Earth.

William Parker is a musician, improviser, composer, educator, and author. He plays the bass, shakuhachi, double reeds, tuba, donso ngoni and gembri. Born in 1952 in the Bronx, New York, he studied bass with Richard Davis, Art Davis, Milt Hinton, Wilber Ware, Jimmy Garrison, and Paul West. During Parker’s prolific career, he has recorded over 150 albums, had countless celebrated stage appearances, and helped shaped the jazz scene for both his peers and the youth. In 2013, Parker received the Doris Duke Performing Artist Award in recognition of his influence and impact on the creative jazz scene over the last 40 years.

William entered the music scene in 1971, playing at Studio We, Studio Rivbea, Hilly’s on The Bowery, and The Baby Grand. By the age of 20, Parker quickly became a highly sought after bassist, playing with established musicians such as Ed Blackwell, Don Cherry, Bill Dixon, Milford Graves, Billy Higgins, and Sunny Murray. Projects with dancer and choreographer Patricia Nicholson have created a huge repertoire of composed music for multiple ensembles ranging from solo works to big band projects. In 1980, he became a member of the Cecil Taylor Unit, in which he played a prominent role for over a decade.

Since the beginning of his career, William Parker has commanded a unique degree of respect from his fellow musicians and critics alike. In 1995, the Village Voice characterized William Parker as “the most consistently brilliant free jazz bassist of all time." In addition to his work with artists in the United States, he has developed a strong relationship with musicians in the European Improvised Music scene such as Peter Kowald, Peter Brotzmann, Han Bennink, Tony Oxley, Derek Bailey, John Tchicai, Louis Sclavis, and Louis Moholo.

William Parker began recording in 1994 and founded the ensembles In Order To Survive and The Little Huey Creative Music Orchestra. In 2001, he released O’Neal’s Porch, which marked a turn toward a more universal sound working with drummer Hamid Drake. The Raining on the Moon Quintet followed, adding vocalist Leena Conquest and the Quartet from O’Neal’s Porch. Most notable among many recent projects is the Inside Songs of Curtis Mayfield.

As Steve Greenlee of the Boston Globe stated in July 2002, “William Parker has emerged as the most important leader of the current avant-garde scene in jazz.” Parker has consistently worked in many of the most important groups within this genre, including his own. He currently leads The Little Huey Creative Music Orchestra, In Order to Survive, Raining on the Moon, Stan’s Hat Flapping in the Wind, and The Cosmic Mountain Quartet with Hamid Drake, Kidd Jordan, and Cooper-Moore.

Parker has released over 20 albums under his leadership, most reaching #1 on the CMJ charts. In 1995, he debuted The Little Huey Creative Music Orchestra with the release of Flowers Grow In My Room on the Centering label. Recent years saw the release of several monumental box sets, including 2013’s Wood Flute Songs and 2015’s For Those Who Are, Still, highlighting the work of Parker’s many groups and large ensembles. His recordings appear on the Aum Fidelity label and his own Centering Music, among others.

These releases and their success showcase William Parker as an outstanding composer and bandleader. From the beginning of his musical career, William Parker has been prolific; composing music for almost every group with whom he has performed. His compositions span the range of operas, oratorios, ballets, film scores, and soliloquies for solo instruments. He has also successfully explored diverse concepts in instrumentation for large and small ensembles.

A passionate educator, William Parker has taught at Bennington College, NYU, The New England Conservatory of Music, Cal Arts, New School University and Rotterdam Conservatory of Music. He has also taught music workshops throughout the world including Paris, Berlin, Tokyo, and the Lower East Side. Parker is a theorist and author of several books including Who Owns Music?, Conversations I & II, Voices in the First Person, Scrapbook: Notes and Blueprints, Sound Journal, and The Mayor of Punkville. Additionally, he has released three volumes of poetry and a theatre piece titled Music and the Shadow People.