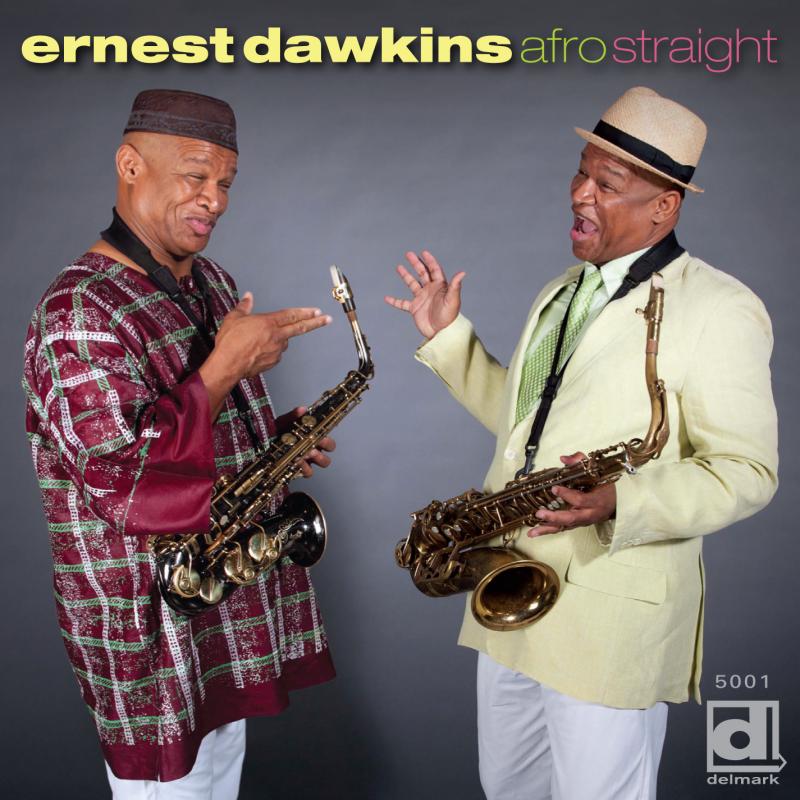 After five Delmark albums with his New Horizons Ensemble and three as co-leader of the Ethnic Heritage Ensemble, saxophonist, composer, arranger Ernest Dawkins leads this brand new, specially chosen group for a program of straight ahead jazz.

One of the life goals of Ernest Dawkins, is for his music and compositions to reflect the evolving collective cultural memory of the American jazz aesthetic. Dawkins is one of the world’s premiere saxophonists and composers. He is an entrepreneur with years of experience working with new media technologies to produce and promote his work and that of the jazz community online and in digital venues. He is leader of several ensembles, including the New Horizons Ensemble, Aesop Quartet, the Chicago 12 and more. He is also a member of the Ethnic Heritage Ensemble. Dawkins has recorded numerous CDs. His publishing company, Dawk Music, has eight releases to date. In 2011, he released two new recordings: 1. New Horizons Ensemble, The Prairie Prophet [Delmark Records]; 2. Chicago Trio (Ernest Dawkins, Hamid Drake, Harrison Bankhead) Live at the Velvet Lounge, Dedicated to Fred Anderson [Rogue Art].

This weekend Dawkins will be presenting music from his newest recording, 'Afro Straight'. In this setting, Dawkins takes a break from the New Horizon Ensemble and the Afro-Heritage Ensemble - two larger bands he leads - to explore a different heritage of a few saxophone masters. Dawkins leads, playing tenor and alto saxophone along with Corey Wilkes on trumpet, Willerm Desilfort on piano, Junius Paul on bass and Isaiah Spencer on drums along with some additional percussion. The majority of the album consists of compositions written by or associated with John Coltrane and Wayne Shorter.