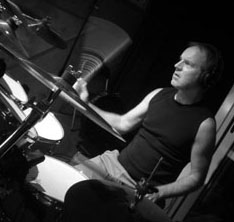 slideshow
All About Jazz members are invited to enter the Chicago Sessions “Paul Wertico's Mid-East/Mid-West Alliance - Impressions of a City“ giveaway contest starting today. We'll select FIVE winners at the conclusion of the contest on March 13th.

(Following Paul Wertico at AAJ automatically enters you in the contest.)

About Paul Wertico and Impressions of a City

Paul Wertico is internationally known as “one of the most versatile and musical drummers in music today". He first gained world recognition as a member of the Pat Metheny Group from 1983 until 2001, and during that time he won seven Grammy Awards, received several gold records, and won awards such as “Fusion Drummer of the Year". In reviews, his playing has been compared to that of an “Impressionist painter", while Paul has also been described as “an inspired madman", “a restless innovator", “a true legend of jazz drums", “a master of drumming insanity", and “a genius of the sticks". In 2004, Wertico was honored as a “Chicagoan of the Year" by the Chicago Tribune.

Paul is also extremely active in the field of education and he is Assistant Professor of Jazz and Head of Jazz Studies at Chicago College of Performing Arts at Roosevelt University. His new educational DVD “Drum Philosophy" has garnered great reviews such as “A fresh approach to the drums from the perspective of pure musicality"; and “Wertico makes it clear he's one of rhythm's deepest voyagers."

“Every Wertico album possesses, to some extent, free improvisation, making the completely spontaneous Impressions of a City an inevitable progression... an hour-long suite that's truly only experienced as a singular entity... Far from an easy listen, Impressions of a City remains a compelling one. Closing in on nearly a decade since his departure from Pat Metheny Group, it's time to stop thinking about Wertico in that context, and recognize him as a stylistically unbound, improvisationally intrepid player, composer and - as important as either on Impressions of a City - conceptualist." --John Kelman, All About Jazz