Emilio Santiago and Dori Caymmi, Rough, Side by Side with Smooth 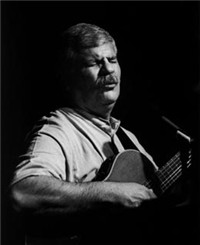 slideshow
Standing shoulder to shoulder on the stage of Birdland on Wednesday evening, Emilio Santiago and Dori Caymmi, two luminaries of Brazilian bossa nova, engaged in an intimate musical dialogue between the smooth and the rough.

Smoothness was embodied by Mr. Santiago, nicknamed the Nat King Cole of Brazil, who has recorded since the mid-1970s and was making his debut at the club. Because his voice is richer and deeper than Coles, the comparison applies only to the extent that both are polished balladeers. Mr. Santiagos singing has a muscular samba side.

Mr. Caymmi, who played the guitar in addition to singing, stood for roughness, but of a sensitive sort. Whether from emotion, or some innate vocal tic, his singing voice trembles, conveying the sense of a wise patriarch barely holding back a torrent of feeling. Usually, Mr. Caymmis vocals slid in behind Mr. Santiagos as a murmuring commentary emanating from a deeper place, as if the unconscious mind were quietly announcing itself in the background.

The two men are appearing together through Saturday at Birdland as part of the BossaBrasil Festival, an indication that the legacy of Antonio Carlos Jobim is as secure as ever. Jobim songs like Dindi and Corcovado, which Mr. Santiago performed in the concerts first section, accompanied by Sergio Brando on bass, Celso Alberti on drums and Cidinho Teixeira on piano, offer as seamless a blend of melody and steady pop-jazz rhythm as any national music has produced. 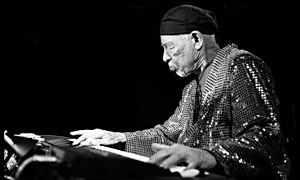