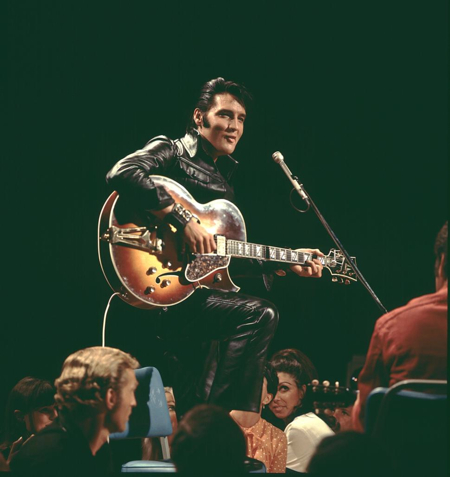 slideshow
One of the many joys about writing for the Wall Street Journal is being given the opportunity to report in depth on rock, pop and soul songs I love. One such song is Elvis Presley's Suspicious Minds. In today's edition of “Personal Journal" (or online here), I interview Mark James, the song's writer, and Chips Moman, the legendary producer who founded American Sound Studio, about the song's origins and evolution.

was recorded in January 1969 during the sessions for what would become From Elvis in Memphis, a rock-soul album that is arguable Presley's finest. Though Suspicious Minds did not appear on the album and wasn't released until August 1969 as a single, the recording would turn out to be a major turning point in Presley's career.

Presley hadn't had a No. 1 Billboard Hot 100 hit since Good Luck Charm in 1962, and by 1968 his star was fading. Rock had changed and so had rock fans. Then came NBC's '68 Comeback Special in December, which rekindled interest in the leather-clad star, who was almost 34 years old. But as electrifying as the show was, it paled in comparison to what was added at the end.