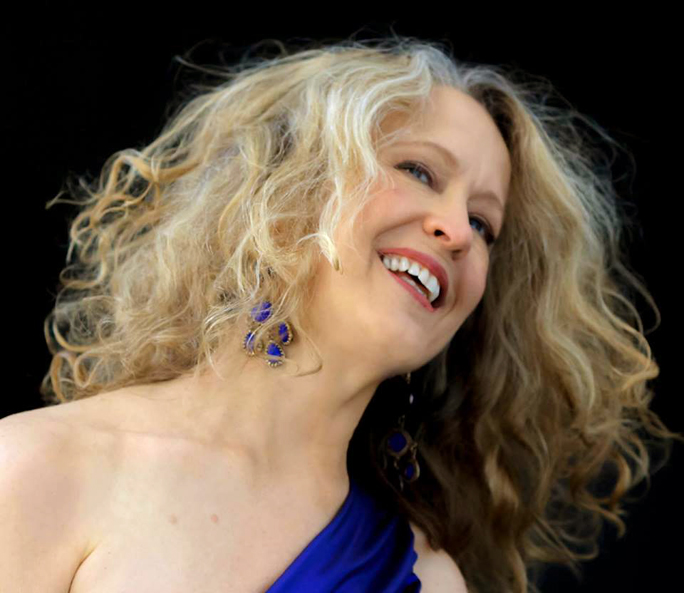 slideshow
Called “superior jazz singing by an artist of the highest quality" by Jazz Journal International, Ellen Johnson will be sharing her unique style and repertoire of jazz vocals joined by San Diego jazz artists, pianist Rick Helzer and bassist Rob Thorsen. The concert is scheduled for Thursday, October 15 with one show at 9:00 PM at Tango Del Rey located at 3567 Del Rey Street, San Diego. The admission price is $15 General and $10 for students with an ID. For more information call 858-581-1114 or go to http://www.TangoDelRey.com for tickets. The concert will feature the music of Charles Mingus along with a tribute to jazz vocal icon, Sheila Jordan. Ellen recently featured both of these artists’ music on her CD “These Days,” writing lyrics to Mingus compositions and doing a duet with Ms Jordan on her song “The Crossing.”

This concert reunites Ms Johnson with her longtime musical partner, pianist Rick Helzer, Professor and Associate Director of Jazz Studies at San Diego State University and Rob Thorsen, whose current CD “Lasting Impression” was released this year on the San Diego based Pacific Coast Jazz label. Ellen, who is currently working on an all Mingus project, has already written the lyrics to three Mingus compositions and recorded five songs on past projects with the permission of Sue Mingus. This event is co-sponsored by the San Diego Jazz Musicians Guild whose goal is to support and encourage a higher quality of Jazz education, appreciation and understanding in the community. For more information contact Karin Carson (President) at http://www.sdjmg.org.

Ellen has recorded three of her own renowned CD’s, “These Days”, “Chinchilla Serenade” and “Too Good To Title” and is featured on several compilation CDs including: “Illuminations" and “From A Mother’s Heart." Her most recent release “These Days,” was called “one of the best albums to be heard from a no-nonsense jazz singer" in her feature article in Downbeat Magazine by Frank -John Hadley and a “sophisticated and successful album that raises the standard of modern jazz singing by at least one notch" by George Harris in All About Jazz. Just recently No Treble Magazine said that “These Days,” which features seven tracks of bass and voice duets with Darek Oles, “should be in every bassist's collection."

Ellen has performed, recorded and studied with many exceptional musicians including Charles McPherson, Louie Bellson, Bobby McFerrin, Roy McCurdy, Don Braden, Larry Koonse, John Clayton, Jay Clayton, Cameron Brown and her dear friend and mentor jazz icon, Sheila Jordan. Her amazing range, unique jazz phrasing, improvisational skills and imaginative vocal style delights audiences at concerts, festivals, colleges, and venues all over the world. Ellen, who enjoys wearing different hats, is a songwriter, lyricist, publisher, educator, creativity coach, writer, actress and the founder of Sound Visions Media Group which distributes, promotes and produces a roster of jazz artists and publishes educational CDs including “You Sing Jazz,” Vocal Builders," and “The Vocal Warm Up CD.” A former resident of San Diego who currently resides in the Central California area, Ellen received her Master's Degree from San Diego State University, completed further studies at UCLA Extension Music Business Certificate program and has been on the faculties of California Polytechnic University at Pomona, University of San Diego (Old Globe MFA Program) and other colleges. She was one of the founding members and President of the Jazz Vocal Coalition (JZVOC), President of the San Diego Chapter of the National Association of Teachers of Singing (NATS), Vocal Representative for the California Chapter of the IAJE and the Jazz Editor for Singer & Musician Magazine. Besides her professional recording and singing engagements she teaches jazz vocal workshops and private vocal coaching.