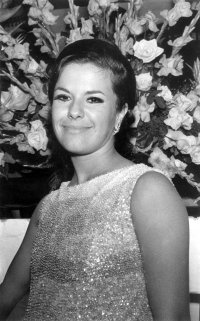 slideshow
Connectbrazil.com is pleased to announce the launch of its new internet home for the life story of legendary Brazilian singer Elis Regina, the English language translation of the full-length book Furacão Elis.

The free, web-based text will be launched from its new permanent home as part of the Connectbrazil.com network on Thursday, March 17th in honor of her birthday.

The book itself is an interesting story. Carefully researched and authored by Regina Echeverria, Furacão Elis was first published by Editorial Nordica, Rio de Janeiro in 1985 and was an immediate sensation. It remained a best seller in Brazil for quite some time and enjoyed several editions, but was never offered in English.

In 1991, Canadian Robert St. Louis began a four-year project to translate the book from its original Portuguese to English. Although not a professional translator, St. Louis has nevertheless provided the world with a wonderful gift - he credits nearly a dozen and a half people who supplied guidance for the accuracy of his work.

This web-based book previously resided on a Geocities community site, but was lost to the on-line world several years ago when the hosting server was dropped and the book disappeared without warning. With its 12 chapters and 363 pages, the book is considered by critics and music historians to be the definitive biography of the late singer, who died under tragic circumstances in January, 1982.

Connectbrazil.com is honored to present this book in its entirety, for Brazilian music fans to enjoy and to share with others. The blog includes footnotes, a complete discography, video page, and e-store for many of the singers milestone recordings.

A two-hour broadcast special, Celebrating Elis Regina will air on The Sounds of Brazil! syndicated radio network the weekend of March 13th and will be webcast 24/7 the following week at Connectbrazil.com, keyword RADIO.

Connectbrazil.com publisher Scott Adams recalls, My own history with this book is one that holds a great deal of meaning for me. in 1989 Brazilian producer David Hadges gave me a copy of this book from his personal collection. Back then, it took two books to read it (the other was a dictionary!) and in that same spirit, Im very pleased to once again share her story with others.

Connectbrazil.com is one of the most highly branded websites for Brazilian music in the US and provides a comfortable environment in which visitors can explore Brazilian music and culture at their own pace. The web site was launched in 1997 as an Internet companion to The Sounds of Brazil radio program, which is celebrating it 18th year in syndication.

For fans of Elis and her music, this book is finally, once again available as a wonderful addition to understanding and appreciating Elis Regina's unique talent and of course, 24/7 access is free at connectbrazil.com, keyword ELIS.