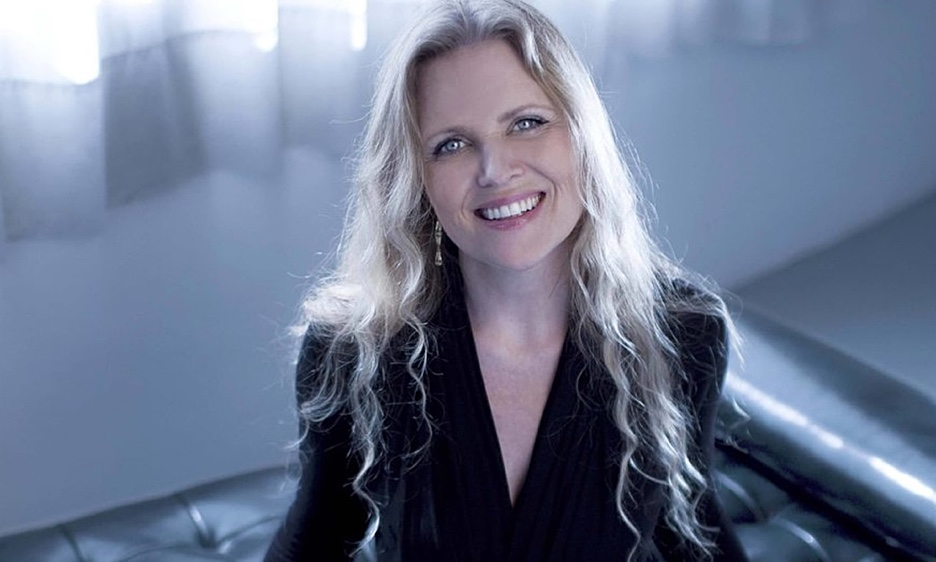 A voice as pure and sparkling as mountain spring water. —The New York Times

Bergman, Legrand And Beyond— Tierney Sutton at the Cafe Carlyle, New York City

Tierney Sutton, one of the premier vocalists in jazz today, will be making her debut appearance at Café Carlyle March 19-23. An eight-time Grammy nominee, Tierney Sutton has received a “Best Jazz Vocal Album” nomination for every album she’s released in the past decade. The New York Times describes her as having “a voice as pure and sparkling as mountain spring water,” and she has also been named JazzWeek’s Vocalist of the Year. Sutton has toured the world and headlined iconic venues including The Hollywood Bowl, Carnegie Hall, The Kennedy Center, and Jazz at Lincoln Center.

Earlier this year, The Tierney Sutton Band began the roll-out of ScreenPlay (BFM Jazz), an ambitious 19-track project featuring songs from American ﬁlms. The music will be released in 5 “Acts,” each consisting of 3-5 songs and centered around a particular era or theme. The Band unanimously agreed that the project could do no better than to open with the work of the most influential film lyricists of all time. On February 22, ScreenPlay Act 1: “The Bergman Suite” was released, featuring five songs with lyrics by Alan and Marilyn Bergman.

Accompanied by two A-list musicians, pianist Mitchel Forman and bassist Trey Henry, Sutton will be presenting “Bergman, Legrand, and Beyond,” celebrating the music of her dear friends and mentors, Alan Bergman and Marilyn Bergman. The Bergman songbook includes “The Way We Were,” “How Do You Keep The Music Playing?,” “The Windmills of Your Mind,” “What Are You Doing The Rest Of Your Life?,” as well as the Academy Award-winning score of Yentl (one of three Oscars that decorate the Bergmans’ shelf). The passing of Michel Legrand this past January marked the end of a truly historic 50-year songwriting partnership. For the last decade, Sutton has enjoyed a front row seat to that partnership and will share the stories and songs that have so enriched her life and the lives of so many.