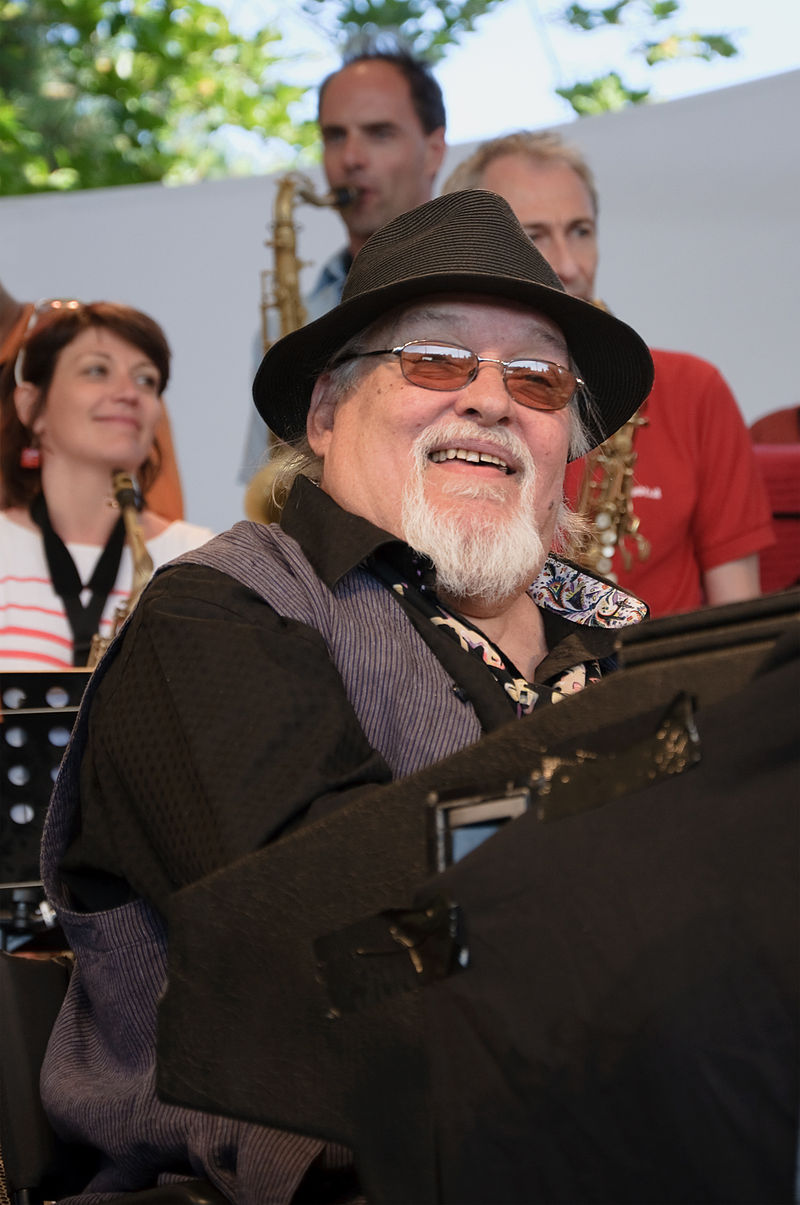 slideshow
Organist Eddy Louiss died on June 30 in a Paris hospital. He was 74. His long career included widely praised albums with tenor saxophonist Stan Getz and pianist Michel Petrucciani. Louiss became an organist when he was a member of the vocal group The Double Six Of Paris in the early 1960s. He quickly developed into a virtuoso on the instrument and won the Prix Django Reinhardt of the Academie du Jazz in 1964. Louiss had a long struggle with circulatory problems that led to the amputation of a leg in the early 1990s. He continued, nonetheless, to appear in clubs and at festivals, including “Jazz sous les Pommiers,” (“Jazz Under the Apple Trees”) in Coutances in northwestern France, in 2011.

The band he led at Coutances was called Le Multicolor Feeling Orchestra. It included a cello section and what may have been half the horn players in Europe. Besides Louiss, the featured soloists are Jean-Michel Charbonel, bass; Jean-Marie Ecay, guitar; Xavier Cobo, tenor saxophone; Daniel Huck, alto saxophone; and Francis Arnaud, drums. This video—admirably produced, directed and photographed—runs nearly an hour. You may want to pour yourself a large calvados before you settle in with it. The video quality justifies watching full-screen.