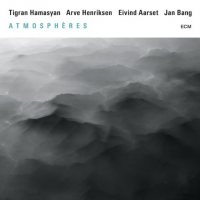 This far-reaching double album, recorded and mixed in three days in Lugano, introduces a new quartet with Tigran Hamasyan, Arve Henriksen, Eivind Aarset and Jan Bang. The Norwegians had played in diverse configurations on ECM—Jan Bang on Eivind Aarset’s Dream Logic, for instance, and Bang and Aarset on Arve Henriksen’s Cartography— but with Hamasyan at the center of the sound, bringing with him ancient folk melodies transfigured in the compositions of Komitas, other inspirations come into play. All four players are at a creative peak here, whether freely reflecting upon Armenian themes or spontaneously shaping atmospheric soundscapes together. 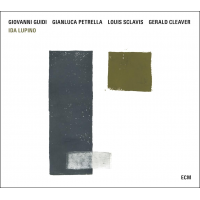 Pianist Giovanni Guidi and trombonist Gianluca Petrella, key figures in what some are hailing as a “golden age” of Italian jazz, found their strong improvisational rapport inside Enrico Rava’s band (see for instance the 2010 ECM album Tribe) and, keen to play more, formed the duo Soupstar, giving many concerts in which they are intermittently joined by guests. For this studio recording, producer Manfred Eicher brought the dynamic duo together with US drummer Gerald Cleaver and French clarinetist Louis Sclavis, for an outgoing set of music which includes lyrical free improvising and tunes composed by Giovanni and Gianluca. The piece called “Gato!” tips the hat to Mr Barbieri, and title track “Ida Lupino” serves double duty as a salute to composer Carla Bley in her 80th year (Petrella once played in a big band under Carla’s direction) and as a tribute to Paul Bley, who popularized the tune and influenced so many improvisers (not least Giovanni Guidi). 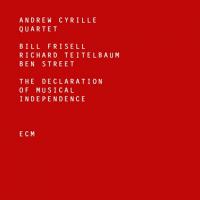 The great avant-jazz drummer Andrew Cyrille—whose associations have ranged from a long, vintage collaboration with Cecil Taylor to co-leading current all- star collective Trio 3 with Oliver Lake and Reggie Workman—makes his ECM leader debut with The Declaration of Musical Independence. Featuring a quartet with guitar luminary Bill Frisell, keyboardist Richard Teitelbaum and bassist Ben Street, the album kicks off with an artfully oblique interpretation of John Coltrane’s “Coltrane Time,” led by Cyrille’s solo drum intro. The disc then features a sequence of sonically arresting originals, including Street’s luminous “Say…” and Frisell’s deeply felt “Kaddish” and “Song for Andrew,” with Frisell’s guitar alternately cutting and billowing, the edge evoking some of his most illustrious past ECM performances. There are three atmospheric spontaneous compositions by the band—including the dynamic soundscape “Dazzling (Perchordally Yours)”—that highlight Cyrille’s individual sense of percussive drama. Cyrille appeared on classic ECM and WATT LPs by the likes of Marion Brown, Carla Bley and the Jazz Composer’s Orchestra, but this album puts a deserved spotlight on an icon of jazz drumming.

On his second leader album for ECM—following on from the prizewinning Gefion—Danish guitarist Jakob Bro continues to refine his trio project, with its emphases on melody, sound, space, layered textures and interaction. The rapport between Bro and Thomas Morgan (Bro calls him “my musical soul mate”) has become something extraordinary, and often guitarist and bassist develop improvisational ideas in parallel. There’s an historical aptness, too, in the choice of Joey Baron as the band’s new drummer, for Bro first encountered Morgan when the bassist was playing in Baron’s band a decade ago… On Streams Joey Baron dives into the music’s detail with obvious pleasure. This recording features five new Bro pieces: “Opal”, “Full Moon Europa”, “Shell Pink”, “Sisimiut” and “Heroines” (heard in both a trio version and a particularly lovely solo version). Completing the album’s repertoire is the freely improvised “PM Dream”, dedicated to the late Paul Motian. Jakob’s approach to melody acknowledges the influence of Motian, and both Bro and Morgan played in the late drummer’s ensembles. Streams was recorded at Studios La Buissonne in the South of France in November 2015 and produced by Manfred Eicher.