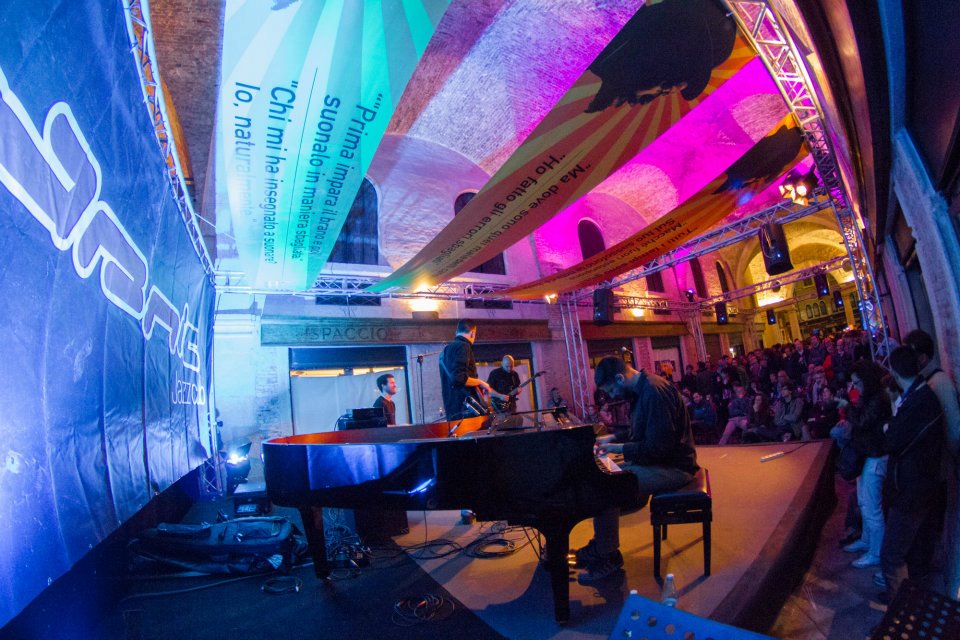 slideshow
Serbian jazz quartet EYOT will join Ron Carter, Dominic Miller, Stefano Battaglia, Kenny Barron and other acclaimed international jazz bands in Italy at the 17th annual Vicenza Jazz Fest in May 2012. The four brilliant young Eastern European musicians will perform their jazz fusion on May 5 and May 6, 2012. EYOT is supporting their 2011 album Horizon with an international tour that has already stretched across Europe, and to the United States.

The haunts of John Coltrane and the spirit of Kurt Cobain permeate the now-Keith Jarrett-like and then-free improvisatory sets of eccentric Serbian pianist Dejan Ilijic and his band EYOT. Their dynamic sets have earned them praise in their home country and around Europe, and audiences leave energized and enlightened.

This is not our parents' jazz. There are no smooth licks here. EYOT is full-to-the-hilt emotion, stemming from the troubled past of the band members' childhoods and the real, pent-up emotions of a period in history many eastern Europeans would like to forget. From the soft solo piano stylings bandleader Dejan Ilijic ekes gently from the keys to Sladjan Milenovic's hypnotic microtonal Bill Frisell-esque guitar atmospheres, and with the metamorphic rhythm section of Marko Stojiljkovic and Milos Vojvodic, this band of brilliant young musicians is “all-in" for every tune.

EYOT's new DVD is available for pre-orders from the band's website, and will be distributed in the United States by Ninety and Nine Records in New York City.

Within the chiaroscuro between east and west, good and evil, members of the band EYOT spin a web of hushed tones and howls with their new brand of eastern jazz. This is the music of ancient civilizations, of traditional moonshine, of dervishes and religious festivals. It is the music of blood running through the streets and of hatred. It is the music of love, reconciliation, friendship and peace. It is the marriage of east and west, and the meeting of ancient and modern. The twisted steel of the musical arrangements in EYOT's first record have earned them ebullient praise from critics, and their live shows cannot be missed. The intensity is palpable.

EYOT's new DVD “Live in Nish" is available for pre-order from their website http://www.eyotmusic.net. EYOT is represented by Dr. Kent Gustavson and Ninety and Nine Records in the United States.