SOURCE: ALL ABOUT JAZZ PUBLICITY
August 3, 2009
Sign in to view read count 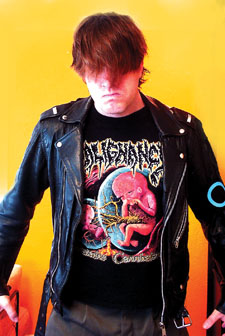 slideshow
There aren't too many musicians who bring intensity to the music like drummer Weasel Walter, who has consistently been releasing extreme, vicious and dense free improvisation as a leader since the middle of the decade, mostly on his own ugExplode label. But Walter's history is a lot more varied than free jazz, as he was the fulcrum of the no wave/punk/experimental/free-form band the Flying Luttenbachers from 1992-2005. Since moving to Oakland, California from Chicago in 2003, he's split his time between improvised music and art rock bands like Burmese. The last couple of years in particular have seen the constantly touring and recording Walter seem almost manic in terms of his release schedule, with several albums released in 2009.