Drummer Ranjit Barot Interviewed at All About Jazz...and More!

SOURCE: ALL ABOUT JAZZ
November 30, 2010
Sign in to view read count 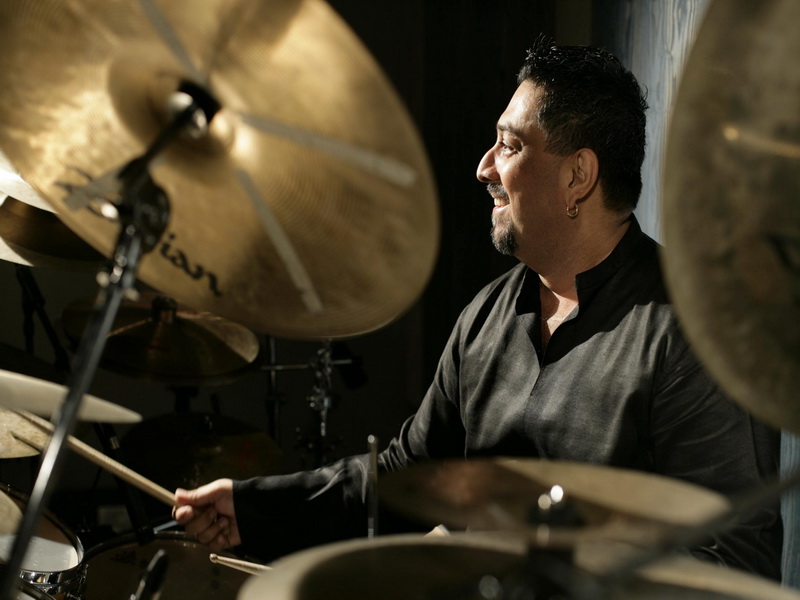 slideshow
Ranjit Barot is a well-known figure in India's music industry, where for many years he has written film scores, produced Indie pop, and, more recently, composed and directed the music for the opening and closing ceremonies of the 2010 Commonwealth Games, which were held in Delhi. Barot, who spent the first 12 years of his life in England, came to a wider audience as the drummer on guitar icon John McLaughlin's outstanding Floating Point (Abstract Logix, 2008). McLaughlin—who knows a thing or two about drummers&#151found in Barot a drummer versed in the jazz, jazz-rock and fusion traditions, as well as one conversant in Indian harmonic and rhythmic accents: a soul-mate, you might say.

It was childhood friend Zakir Hussain who persuaded Barot to get out of the studios where he was earning his bread and butter, and realize his full potential as a musician. Barot toured with Hussain in the United Sates and went on to play with trumpeter Don Cherry and saxophonist Charlie Mariano, honing his craft and growing in confidence along the way.

All About Jazz's Far East correspondent, Ian Patterson. spoke with Barot about the recording of his ambitious Abstract Logix debut, Bada Boom (2010), bringing an Eastern sensibility to Western fusion, and much more in his in-depth interview, Ranjit Barot: Beautiful Collision, published today at All About Jazz.

But there's more. To celebrate the recent release of Bada Boom, All About Jazz has been providing additional extensive coverage: