A unique take on contemporary jazz emphasizing rhythmic drive, Insomnio incorporates elements of Peruvian rhythms from the coast and highlands. 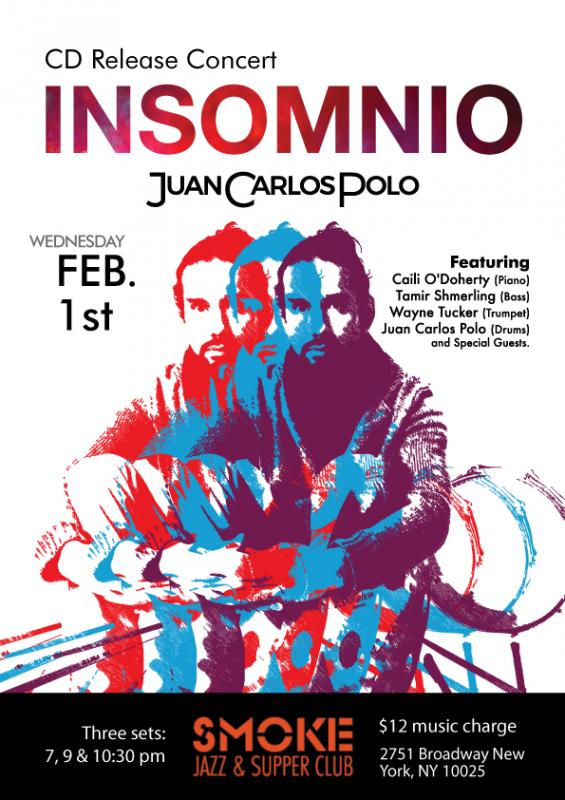 Insomnio was recorded and produced in NYC with New York-based musicians under the record label One Trick Dog Records.

Drummer and composer Juan Carlos Polo will present his debut album Insomnio on February 1st at the world-renowned Smoke Jazz Club. With Insomnio, Polo demonstrates his skills as band leader and composer, including eight original tunes.

The album features the participation of several up-and-coming New York based musicians Tamir Shmerling (bass), Caili O'Doherty (piano) and Wayne Tucker (trumpet). Insomnio also includes a duet by Polo and Roland Guerrero, a well-known and experienced percussionist who has played for many years in the Chico O'Farrill Afro Cuban Jazz Orchestra and participated in several recordings, including the last Grammy-nominated album Entre Colegas of living legend bassist Andy Gonzalez. Insomnio appears on One Trick Dog Records which is home to important jazz figures such as the Israeli pianist Roy Assaf.

This is the first musical endeavor by Juan Carlos Polo, which in addition to showcasing his role as a composer and band leader, also presents cultural diversity and content by integrating musicians from the United States, Israel and Honduras playing jazz written by a Peruvian.