SOURCE: ALL ABOUT JAZZ PUBLICITY
February 19, 2008
Sign in to view read count 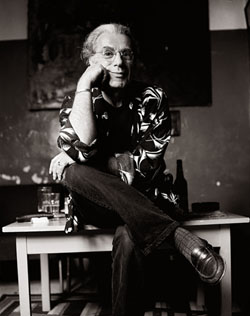 slideshow
Born in the Bronx on January 6, 1943, drummer Barry Altschul was quickly ensconced in the hard bop scene of the late 1950s, but it was a gig with pianist Paul Bley's trio that put him among the ranks in New York's burgeoning free-jazz scene of the next decade, one which resulted in tours of Europe and a slew of recordings with Bley.

Altschul also worked regularly with staunchly avant-garde reedmen Anthony Braxton and Sam Rivers throughout the 1970s, though his familiarity with “the tradition" landed him work with Lee Konitz, Art Pepper and Tony Scott as well as leading his own free-bop units. Following a Paris sojourn in the eighties and nineties, Altschul is back in New York and as busy as ever.

Thankfully, his schedule allowed for a conversation with AAJ contributor Clifford Allen, where they discussed the drummer's entry into free jazz, his years spent abroad and his ultimate return to the United States.

Check out Barry Altschul: Another Time, Another Place at AAJ today!