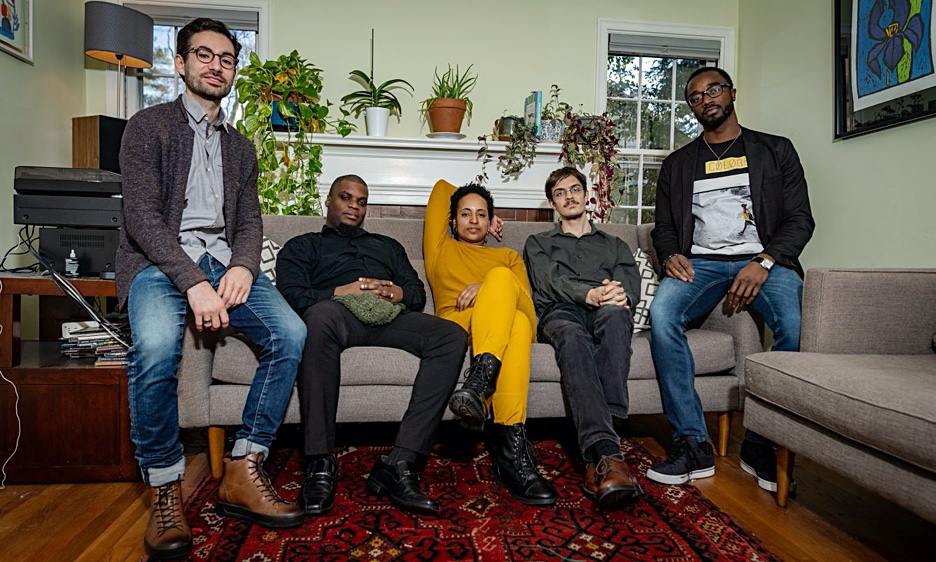 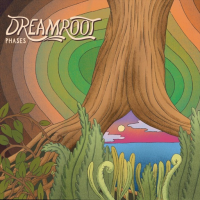 DreamRoot releases Phases, an emotional and provocative exploration of healing through personal and collective creation of genre-defying music. Phases simultaneously grooves and contemplates the reality of the modern age as it draws inspiration from those icons who have walked the lines between genres, and shines with original brilliance from the collaborative creative efforts of all members of the band.

DreamRoot uses music as an agent for healing—both for themselves and for others as they create music as a refuge from chronic illness, racism, hatred, and the struggles associated with living in the 21st century. The personnel of DreamRoot connected initially through meeting at jazz gigs in Durham, North Carolina. DreamRoot as a concept, however, began with these musicians coming together and being open in taking risks, being honest, and creating a space in which thinking about the healing power of music can exist. DreamRoot is a vehicle for creative expression and enjoyment, while also maintaining serious undertones of honoring their musical foundations and shifting collective thought to consider social and cultural realities from a different perspective.

Phases, DreamRoot’s debut album, draws from the concept of the constant motion of life and how even as an individual, one is never static, but is always moving through different stages. Phases seeks to show that the end point is not somewhere distant, but that movement and journey are always the true destination. As keyboardist Joe MacPhail expresses, “It is about finding stability within that motion.”

Unlike many albums that feature a sole composer, Phases was written collectively by DreamRoot, as each member of the band brought in a composition, varying in stages of development from a fully arranged chart to a single chord progression. The band members would workshop, learn, and contribute to each composition, allowing for the material to develop in a uniquely organic way. The end result is music that contains a variety of subtle individual voices and influences that seamlessly meld together into a unique, cohesive sound that reflects the vast multicultural representation of the band itself.

The music contained on Phases was not developed swiftly, but was carefully and thoughtfully crafted by DreamRoot over the course of one year, and covers a variety of topics and emotional content. The title song of the album was chosen to be such because it describes each member’s personal journey they have taken to reach where they are, and encapsulates the compositional process of constant revision as each song went through phases to reach its final stage of presentation. 2AM, a tune initially brought to the band by Ittai Korman (bassist and composer) was written in 2018 in the wake of tragedies of widespread mass shootings and the pain of the Kavanaugh hearing. 2AM embodies the pain of that time, from the perspective of one who is awake late at night, reading the news and feeling the ache of these calamities but still seeking to find hope. “When the group played it [2AM] together, one of the members cried—before even knowing what had inspired the piece,” Korman recalls. Two additional tunes on the record, Stridin’ and Momentum 7, both exist as musical statements to challenge the norm by moving people physically and emotionally to shift the cultural paradigm. Serena Wiley, the lyricist behind Stridin’ comments “I felt strongly that it’s time for change and a time for artists to write music that will bring about social and cultural shifts and that will be fun in the process of musical delivery.” Momentum 7, written by drummer Theous Jones, is a musical challenge to test the band as they seamlessly flow through complex metric and rhythmic changes while maintaining a groove that makes an audience want to bob their heads to the music.

When asked what he loves about the musicians of DreamRoot, Korman remarks, “Everyone in the band listens well – which allows for more interesting and creative improvisation.” He elaborates: “We all experience music, politics, and current events with an emotional depth that allows us to feel the songs and the power of music very intensely.” Wiley adds “what I love about these group of fellas, my brothers, is that we find a common ground in our individuality and I think that is what makes our sound and our vibe mesh well together. We’re humble and mighty. “

DreamRoot consists of bassist Ittai Korman, drummer Theous Jones, saxophonist and poet Serena Wiley, keyboardist and producer Joe MacPhail, and GRAMMY nominated trumpeter Lynn Grissett. Phases is an album that fluidly shifts between genre boundaries in the best of ways. As its music speaks from the hearts and souls of the collective who birthed it, Phases presents itself not merely as jazz, R&B, or neo-soul, but as honest music that brings the listener into its fold and tells them stories of heartache and messages of healing.

DreamRoot is a quintet from Durham, North Carolina who met at their individual jazz performances, but who came together as artists as a collective seeking musical healing. Drawing from a vast number of influences, DreamRoot classifies themselves as Political Jazz and Neo-Soul, with elements drawn from the music-cultures of both Africa and Europe. DreamRoot is comprised of bassist Ittai Korman, drummer Theous Jones, saxophonist and poet Serena Wiley, keyboardist and producer Joe MacPhail, and GRAMMY nominated trumpeter Lynn Grissett.

Ittai Korman is an upright and electric bassist as well as a music educator at Kidznotes and Dr. Bass Studios in Durham. As the child of immigrants, Ittai grew up in New York City and witnessed how music from different cultures can blend and interact to form bonds across difference. Ittai traces his musical inspiration from the classical music his mother played while he was growing up, the New York jazz scene, his time at Oberlin College and Conservatory, and the musicians in Durham, NC.

Drummer Theous Terryel Jones is regarded skillfully as a performer, educator, and clinician. Using music to speak first and foremost to the souls of his audiences, Theous works regularly as both a live musician and a studio drummer, where his distinct musical touch and style containing both levity and depth continue to reach his fanbase globally.

Serena Wiley, a prominent young tenor saxophonist, is a multi-genre artist whose skillset stretches far beyond the horn. Serena is known not only for her proficiency on the saxophone, but also for her rich voice. Using her voice both for singing and as a vehicle for her poetry, Serena intertwines her vocal abilities with her saxophone mastery to bring a unique presence to the stage as she blends jazz, rhythm and blues, and spoken word.

Joe MacPhail is a composer, songwriter, producer, drummer, and – most prominently-a keyboardist. Joe reflects the era of globalization in his music, blending an array of genres to create his personal, emotive style. Drawing from musicians such as Hiatus Kaiyote, D’Angelo, and The Punch Brothers, Joe’s music is a synthesis that contributes uniquely to any setting he enters.

Trumpeter Lynn Grissett is a formally trained artist, acclaimed both for his solo and ensemble work. In addition to working with DreamRoot, Lynn is a member of the New Power Generation Hornz, the horn section for New Power Generation, formerly led by the late great Prince. In addition to his work with Prince, Lynn also works with the group Mint Condition, with whom he received a GRAMMY nomination in 2015.