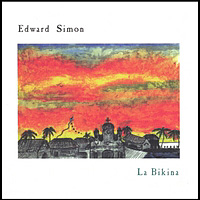 From the album: La Bikina (Mythology Records) by Edward Simon

Editor's comments: The tune is a rhythmic tempest with swooping piano lines creating tension built from the percussion up. Interplay between Simon's piano and the percussion unit is outstanding. All-star line-up on this album and very recommended. 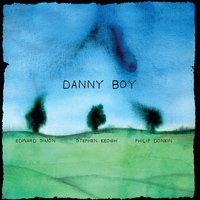 From the album: Danny Boy (Keogh/Simon Productions) by Edward Simon

About the album/track: This is a track from Danny Boy, Edward Simon's 2010 release featuring Stephen Keogh on drums and Philip Donkin on bass.

The process by which Simon became an internationally regarded jazz musician began in the small coastal town of Cardón, Venezuela, where he grew up surrounded by the sounds of Latin and Caribbean music. Born in 1969, Simon credits his father, Hadsy, for developing his passion for music and supporting him and his two brothers, Marlon and Michael, to become professional musicians.

He attended the Philadelphia Performing Arts School, graduating at 15, then received a music scholarship from the University of the Arts where he studied classical music with concert pianist Susan Starr. Later he transferred to the Manhattan School of Music where he studied jazz piano with Harold Danko.

Upon arriving on the New York jazz scene in 1989, his reputation as a pensive, rhythmically astute, versatile player caught the ear of noted musicians Greg Osby, Jerry Gonzalez, Bobby Hutcherson, Herbie Mann, Kevin Eubanks and Paquito D'Rivera, all of who would later employ him. In 1989 Simon took the piano chair in Bobby Watson's influential group Horizon (1989-94), later moving to the Terence Blanchard Group (1994-2002).