Down—But Not Out—In Los Angeles: How A Jazz Band Is Helping Solve The Homeless Crisis In Hollywood 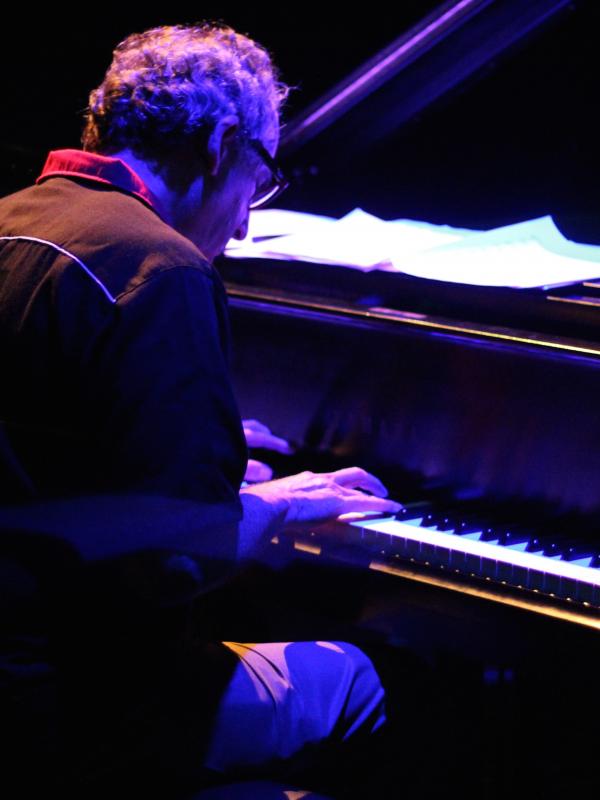 You see it in Downtown: As the gentrification picks up speed, the old “flop house” hotels get converted to hip apartments and the condos start selling at $550,000.

You see it on the street level at many a freeway overpass. You see it near the Veterans Hospital in West LA, you see it next to the 110 as you drive to Pasadena, and you see it in the San Fernando Valley. People are homeless: they need help, they need jobs, and they need counseling. They need a place to call home.

Ten years ago I saw the problem up close and personal. A friend—let’s call him “Billy”—was living in an industrial park in Marina Del Rey, and got evicted from the illegal unit when management changed hands. Billy started living in his car, having nowhere else to go. After an arduous process that took a couple of years, Billy was finally able to secure “Section 8” housing with the help of many friends, charities and some government agencies.

I wanted to do something to help those in this type of situation. After releasing a few jazz albums and performing at the top jazz clubs in Los Angeles, I had enough good will and contacts in Los Angeles to put together an evening of great music with some of the best jazz players in the city. Now I just had to find the charity to partner with.

Through my Temple, I was introduced to PATH (People Assisting The Homeless) and their housing division, PATH Ventures. Rather than just do another gig in Los Angeles, I wanted to give back to the city that has given me so much, and so in 2006, I decided to hold a fundraiser concert for PATH.

PATH’s philosophy is “a hand up, not a hand-out.” They offer various services, including street outreach, interim housing, the PATH Mall — which has everything from county social workers to a barber shop to a computer center, all to help people get back on track—and permanent housing projects. As soon as I reached out to them, they were welcoming and supportive about the idea of holding a “Jazz for the Homeless” event.

Little did I realize that when we did that first “Jazz For The Homeless” concert in 2006 it would turn into an annual charity event, and we would end up raising over $100,000 for PATH Ventures.

The thing I love most about doing this show for PATH Ventures every year is that it is so effortless. I call the charity, and they say, “Great, let’s go.” They do the marketing and outreach, and I bring the band, The Jazz & Blues Revue (a five- piece jazz band with three fabulous female singers that can do everything from the Andrew Sisters to The Pointer Sisters). The world-famous Catalina Jazz Club in Hollywood gives us the club for a night, and ALL the money we raise goes directly to the charity. No egos, no drama—just a fun night of music for a very worthy cause.

We are now holding our 10th anniversary PATH Ventures Jazz & Blues Revue show on Veteran’s Day, November 11. Once again, KJAZZ DJ Bubba Jackson will be joining us as host, and we will play our hearts out in joy as we raise money to help build housing for the homeless of Los Angeles.

When we began 10 years ago, the goal for the charity was to build or have under construction 1,000 new housing units by 2015. I am thrilled to say that PATH Ventures now has over 1,300 units of permanent housing either completed, under construction, or in the pipeline. And during just the last two-and-a-half years, PATH has found housing for over 4,800 veterans, families, and chronically homeless individuals.

We live in a world now of haves and have-nots. The dividing line is pretty clear. The “middle class” has begun to vanish. The statistics that describe the magnitude of economic inequality are stark. Before taking into account the effects of redistributive government programs, the richest 1 percent of Americans makes 20 percent of the income. Wealth inequality is even more extreme, with a 2014 study from the London School of Economics estimating that in America, the wealthiest 160,000 families have as much as the poorest 145 million families. This disparity becomes very clear in Los Angeles, “The Land of Opportunity.”

Like many people in this city, I have had my ups and downs. And I know that when things get tough very often it is a matter of circumstance, not a matter of choice—it could be an outsourced job, or a medical emergency, or a car accident when you have insufficient insurance. Whatever it is that takes you over that edge, things can happen when there is suddenly a wolf at your door and you have nowhere to turn to. I feel a responsibility to help my city, to help stitch together a part of the safety net that our government does not or cannot provide.

So, where does the PATH Ventures Jazz and Blues Revue go from here? I am not really sure—we have talked about expanding the event to a larger venue, maybe bringing in some bigger name jazz artists. This is the first time we are holding the event on Veterans Day. Since one of PATH’s goals is to help homeless vets, perhaps we will build on that connection. One thing seems certain: unfortunately, the homeless problem in Los Angeles is not going away any time soon. The city puts forward promises, but in the end economics drives this problem, and unless there are some fundamental changes to our society, there will be no short-term answer. What is important to me is that I know I am helping to be part of the solution, rather than part of the problem.

If you are in Los Angeles on November 11, please join me for the 10th Annual PATH Ventures Jazz & Blues Revue, at the Catalina Jazz Club in Hollywood. You can find tickets at epath.org/jazznight or, for more information, call Tessa Madden at 323-644-2202.