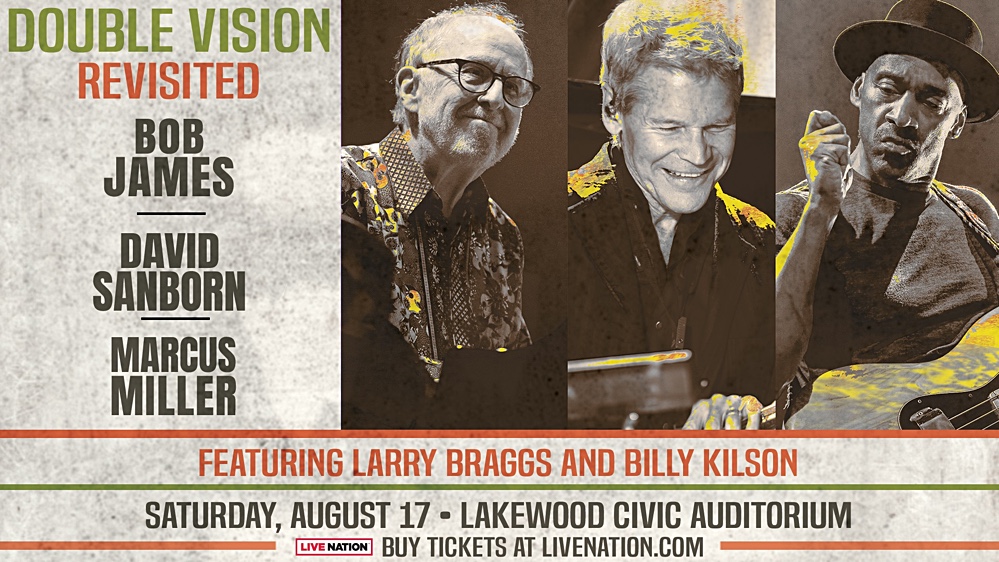 A jazz legend, Bob James has a career that has defined the genre and continues to evolve at every turn. David Sanborn is universally known as one of the most iconic saxophonists of the current age. Marcus Miller’s characteristic bass sound can be heard on a limitless catalog of musical hits. Together, these three virtuosos reunite for the first time since the release of Double Vision, the 80s collaboration between James and Sanborn that dominated the airwaves, sold over one million copies, and earned a GRAMMY Award. Featuring the renowned track “Maputo," written by Marcus Miller, and the classic standard “Since I Fell For You" with guest vocalist Al Jarreau, Double Vision is considered by many as one of the most successful albums in the jazz genre.

Adding in the talents of featured guests Billy Kilson on drums and former Tower of Power vocalist Larry Braggs, the Double Vision Revisited band is a thrilling return to the classic sound of the famous album. The resulting program presents tunes capable of both amazing new listeners and enthralling long-term fans, showing audiences the world over the true magic of a good groove.