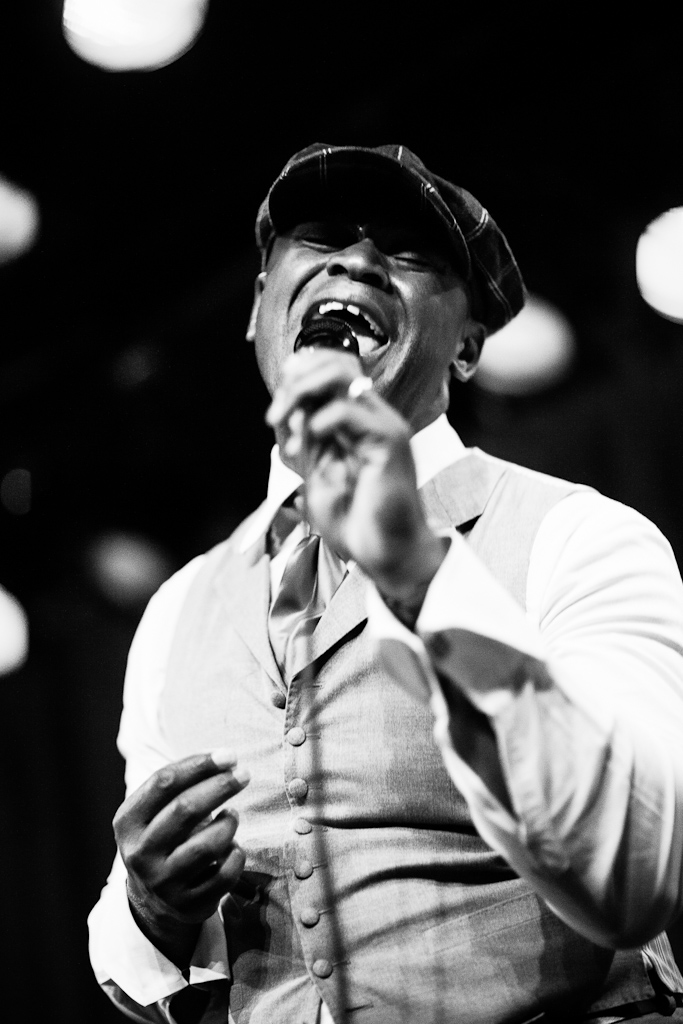 New York based label Dot Time Records announced the signing of Jazz/Soul vocalist Ola Onabule today. In recent months Onabule has been making waves in both the jazz and soul scenes with sold out concerts in Europe including headlining the “International Jazz Day” concert in Romania and the current chart success of the re-mix of “Soul Town”—currently number 10 and rising on the UK Soul charts - from his “In Emergency, Break Silence” album.

The first release under the new contract will be titled It's The Peace That Deafens and is scheduled for worldwide release in October 2015. Dot Time Records A&R manager Andrew Read stated; “From the labels perspective, we are thrilled to have Ola on our artist roster. He is an exceptional artist that is equally at home on a Jazz, Soul or World music stage. “It's The Peace That Deafens” is in my opinion a watershed album for Ola that unites his African roots with all the experience gained on his musical journey so far. There are many opportunities open for Ola and we look forward to working together to bring these to fruition.”

It's The Peace That Deafens will be Onabule's eighth studio outing. The album was recorded in London and mixed in the USA by three time Grammy winner George Whitty. The album marks a departure from Onabule's two recent albums and features a largely acoustic set, reminiscent of the great Jazz and Soul artists of the 1960s and 70s, whose music was able to change perceptions and open minds.

When asked to describe the album he responded, “It's The Peace That Deafens is as much a work of exploration as it is a declaration.” The Album contains 12 evocative songs about identity, reconciliation and nostalgia. Words, melodies and rhythms that walk a delicate tightrope of paradoxes, born of both a childhood and adulthood immersed in two disparate cultures, on two different continents and at two different times. The mood is as resolute and certain as it is cautious and measured, suggesting the truth of the old adage: “The more you learn, the less you know for certain.”

During his career Onabule has performed at many of Europe’s most prestigious festival's and clubs building a large and loyal fan base. In addition his performances with many of Europe's finest Big Bands and Orchestras including among others the WDR Big Band (Cologne), the Babelsberg Film Orchestra, the SWR Radio Big Band (Stuttgart) and the HR Big Band (Frankfurt) have led to wide critical acclaim. In the coming months Onabule will be previewing repertoire from the new album during his live shows including dates in Germany, Italy, Finland and Latvia.