SOURCE: ALL ABOUT JAZZ PUBLICITY
November 29, 2007
Sign in to view read count 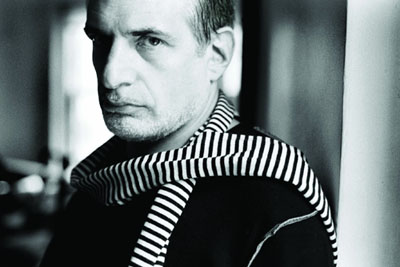 LOS ANGELES - Donald Fagen and Walter Becker--AKA Steely Dan--carved out a unique space in popular music scoring hits with tightly arranged songs that combined literate, ironic lyrics, their own eccentric musical idiom and sophisticated production. As a solo artist, Fagen recorded a trio of peerless albums spread out over more than 30 years including The Nightfly, Kamakiriad (both Grammy-nominated for Album of the Year) and Morph The Cat (which earned a 2006 Grammy for Best Surround Sound).

Rhino presents all in a special seven-disc boxed set featuring CDs of the three original albums, a trio of MVI discs, along with a bonus CD that collects the 10 bonus tracks. NIGHTFLY TRILOGY will be available November 20 at regular retail outlets and rhino.com for a suggested price of $59.98, and available for pre-order at www.donaldfagen.com. Each MVI album is presented in Dolby Digital and DTS 5.1 Surround Sound with bonus material in Advanced Resolution PCM Stereo (48kHz/24-bit). Each MVI disc also features the UrTone application, which is a brand-new technology that allows the customer to select any track or any portion of a track they want as their ringtone by using a simple drag bar.

MVI (Music Video Interactive) is a DVD-based music format that offers everything you've come to expect from an audio disc plus more. In addition to an album's worth of songs, MVI delivers more video and interactive extras, and with one click saves your digital music files anywhere. For more information, check out mvimusic.com.

The boxed set takes its name from Fagen's 1982 solo debut. A note from the original The Nightfly album sleeve explains the concept: “The songs on this album represent certain fantasies that might have been entertained by a young man growing up in the remote suburbs of a northeastern city during the late fifties and early sixties, i.e., one of my general height, weight and build."

The Nightfly MVI album contains all eight original album cuts including the hit “I.G.Y.," “New Frontier" and the title track, a collective portrait of the late-night radio personalities Fagen grew up listening to. The bonus material features “Century's End," a song composed for the film Bright Lights Big City, “True Companion," which was written for the animated

Explaining the 11-year gap between The Nightfly and its follow-up, Kamakiriad, Fagen writes in the boxed set's liner notes: “During the final mix down of [The Nightfly], I started to feel kind of funny, and that feeling turned into an even weirder feeling that had to do with work and love and the past and mortality and so forth. I wouldn't complete another CD until 1993. So I'm glad I made The Nightfly before a lot of the kid-ness was beat the hell out of me, as happens to us all."

His second solo effort, Kamakiriad, centers around a journey in a futuristic car, a Kamakiri Steam Power 10. Produced by Walter Becker, the MVI album contains all eight original songs including, “Trans-Island Skyway," “Snowbound" (co-written with Becker) and the single “Tomorrow's Girls." The bonus tracks include the instrumentals “Shanghai Confidential," and “Blue Lou" and demo versions of “Confide In Me" and “Big Noise New York," a song originally written for Spike Lee. The bonus videos feature “Tomorrow's Girls" and “Snowbound".

Winner of the Grammy for Best Surround Sound, Morph The Cat was released in 2006. In the boxed set's liner notes, Fagen writes about the album origins: “September 10, 2001: My mother turned 76. September 11, 2001: You know about that one. January 9, 2003: My mother died of Alzheimer's disease. January 10, 2003: I turned 55. All these numbers somehow add up to this album, the last in this series." The album's original nine songs are presented on the MVI album featuring the title track, “Brite Nitegown" and “Security Joan," a song about a romance sparked when the narrator is wanded during a tedious airport security check by an enchanting officer. The bonus tracks include previously unreleased live versions of “Hank's Pad" and “Viva Viva Rock 'N' Roll" along with “Rhymes," (an Al Green song originally intended to promote a review that never came off) and an interview originally aired on NPR's World Caf program.

Taken together, the three albums present a rich and wry musical portrait of the artist and his times.