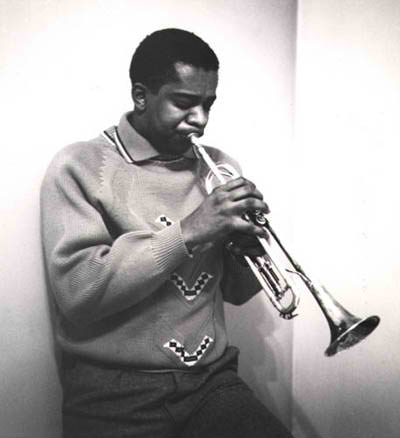 slideshow
Death is a devastating event for loved ones. The finality of loss is crushing and leaves family members feeling helpless, particularly when the deceased is notable and the media seeks information. Over the past week or so, rumors circulated about the passing of trumpeter Donald Byrd. Some blogs and radio disc jockeys decided that a  Facebook mention of Byrd's death by a distant relative was sufficient to announce the trumpeter's passing and pay tribute—even though word surfaced that there may be confusion with someone in Texas with the same name.

I never post about the death of anyone until I read about it in a major publication and there's confirmation by an immediate family member. In the Internet age, there's too much room for supposition and speculation. Many of you may recall the rumors last year about the death of a famed West Coast jazz trumpeter, only to learn days later that he was very much alive.

Today, The New York Times carried an obit of Donald Byrd with confirmation of his death from Haley Funeral Directors of Southfield, Mich. Why the news initially had to leak out the way it did and why his immediate family didn't make the news known will likely remain a personal matter.

Nevertheless, I am now able to share thoughts about the late jazz musician and last major surviving trumpeter of Blue Note's golden hard bop era. In a decade thick with star jazz soloists—Miles Davis, Clifford Brown, Lee Morgan and Freddie Hubbard, to name a few—Byrd carved out a niche for himself as a somewhat gentler and less blistering version of Brown.

Byrd always seemed most at home on ballads—preferring to allow room for space and to let notes linger. Even on up-tempo tracks, Byrd was more inclined to seduce rather than scorch. Among my favorite albums by Byrd were those he recorded with baritone saxophonist Pepper Adams. Both were from Detroit, both went to Cass Tech and both shared the same lyrical approach. Their horns also rubbed each other the right way—Byrd's fleet tenderness up against Adams' bossy gruffness.

By my count, Byrd and Adams appeared together on 17 albums... Byrd's death is the passing of an era—a time when the 12-inch LP was new, jazz clubs featured a seemingly endless supply of talent, and hard bop was the East Coast's response to West Coast jazz and R&B. Byrd, of course, went on to record into the 1990s. But it's his Savoy and Blue Note period I love the most.