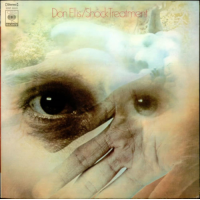 slideshow
One of the most fascinating and overlooked jazz orchestral leaders, arrangers and composers of the 1960s and '70s was Don Ellis. His scores were so ferociously busy and avant-garde, it's amazing he could find anyone who could play them. But he did, and those who signed on with him became ardent devotees.

Nearly all of Ellis's leadership albums are worthy of a listen, and there were many of them—more than 20 in just over two decades. Ellis was often ahead of his time. The music on his albums were considered tightly wrapped and draining in the years when they were released. His scores refused to give the listener's ear and brain a rest. Yet today, the music seems completely at home in your head, or at least in mine.

I find that in today's multitasking, walk-and-text era, our brains can grasp, process and sort through dense patterns of information. What used to be considered overwhelming is intelligible and comprehensible. Though Ellis's music is now between 40 and 50 years old, the energy and drive of his scores at the time have caught up to the dense weave of our world today. The results are dramatic, captivating and richly textured. His trumpet playing is strong and confident, both traditional and pioneering. And one senses reels of movies flying through his head when he arranged and composed. Gary McFarland, Thad Jones, Oliver Nelson, Gil Evans and others were Ellis's peers in the rock-soul era, but I find him more sophisticated and daring when it comes to risk-taking, abstraction and the impossible size of his canvas. He had so much to say.

For too long, Ellis's music has been pegged as too far-out or overly persistent. I don't find this to be the case. After re-listening to a half dozen of his albums over the past few days, including his soundtracks to The French Connection and French Connection 2, I find that his music makes complete sense today. Songs are trails through dense sonic forests with twists, turns and surprises.

His producer on Shock Treatment, John Hammond, brought him into the Columbia fold in 1967. But like all musical geniuses, Ellis could be detail-minded and demanding. After the album came out, Ellis heard things that fell short of his standards. As he told Down Beat in 1968:

Upon completion of the album, I did the mixing and editing here in California and then sent the finished product to New York. It wasn't until the album was released that I heard a pressing. Much to my horror, I found that, without consulting me, the whole album had been changed around—rejected masters and unapproved takes were used (not the ones I had selected and edited), the wrong tunes were on the album, unauthorized splices were made that disturbed the musical flow of some of the compositions (beats were even missing from bars), whole sections were cut out, some of these being the high points of the album.

Therefore the liner notes that were written for the original album do not agree with what is actually on the album, calling attention to solos and high spots that are not there... Also, the wrong personnel is listed on the jacket.

When I discovered what had happened, I was naturally disturbed and asked Columbia to redo the album. They graciously consented and I was able to change the album back to its original form, except I left “Mercy Maybe Mercy" in place, which my producer particularly liked rather than “Zim." I hope it will appear in a future album.

We need more artists like Ellis today. High standards, intense and an obsessive devotion to art and perspective. Ellis died on December 17, 1978. He suffered a fatal heart attack at his North Hollywood home. His parents were reportedly staying with him at the time. The cause seemed to have been cardiac arrhythmia. He was just 44.

And here's Ellis's trumpet on his ballad, Homecoming...