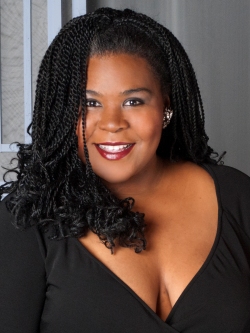 SAN FRANCISCO, CA: March is Women's History month and as part of the SFJazz's Discover Jazz Part II series, jazz chanteuse and popular song historian Amanda King will lead a performance-lecture focused on the vibrant lives and music of two female musical pioneers—Valaida Snow and Blanche Calloway. These two women were early 20th century powerhouses who broke barriers and challenged the status quo during the heyday of American popular music and the advent of jazz. Their stories are very different yet come together onstage as the number of women headliners was woefully small. This presentation will bring their stories to life through music, multimedia and open discussion of their journeys.

Valaida Snow was not only a singer and dancer, but her claim to fame was playing the trumpet. Not an easy career choice for a woman in the early 20th century. She was called 'Little Louis' after Louis Armstrong. Blanche Calloway was the first female bandleader to lead an all- male band, “Blanche Calloway and her Joy Boys." Her exciting life included many other firsts as well! She too was a singer and flamboyant performer, who opened the door for her little brother Cab, and taught him a lot on how to capture an audience.

Both women lived life by their own terms and blazed paths of their own creation!

The Discover Jazz Part II series continues throughout March and April 2012 at the Jazz Heritage Center. For more information and tickets sfjazz.org