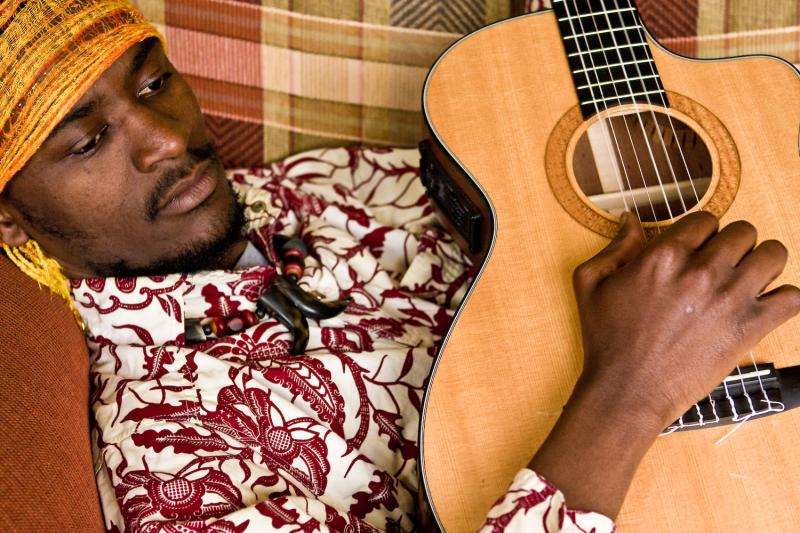 What does D.F.F. stand for one might ask? Well it can mean whatever you want it to mean, whatever definition comes to mind when you hear the exceptional sound of Ireland’s new cross-genre musical sensation!

At the front of the group are three musicians with international reputations across multiple genres. Main songwriter Dave Flynn (guitar/vocals) is as comfortable composing concertos for Martin Hayes (The Gloaming) as he is writing 3 minute pop songs. Vyvienne Long (cello/vocals), famed for her work with Damien Rice, brings her porcelain voice and sultry cello into the mix. The incredible Congolese guitarist Niwel Tsumbu (guitar/vocals) brings an irresistible authenticity to the band’s Kinshasa Chamber Pop style.

Add to this a rhythm section featuring four of the busiest musicians in Ireland, Dan Bodwell (double bass), Ciarán Swift (rhythm guitar), Aidan Dunphy (percussion) and Cion O’Callaghan (percussion) and you have one of the most exciting groups to emerge in recent times.

This rhythm section are no strangers to working with renowned artists either! Bodwell has been known to play with Julie Feeney and Duke Special. Dunphy has been spotted on percussion with the likes of Declan O’Rourke and Goats Don’t Shave. O’Callaghan has plenty of credits on his list but most notably recording and touring with Paddy Casey and Mundy, and he has also backed up Shane McGowan and Ronnie Drew on The Late Late Show. And Swift has performed with Fionn Regan and Roesy.

D.F.F. is one of the most exciting groups to emerge from Ireland in recent times with their African-tinged Chamber Pop Songs featuring glorious vocal harmonies and outstanding musicianship! Tour support is Omagh singer-songwriter Michelle Owens who will also be performing with D.F.F. as backing vocalist and on an array of instruments.

D.F.F.’s April tour is supported by an Arts Council of Ireland Touring Award.