Denise Donatelli: One of the Best Jazz Singers 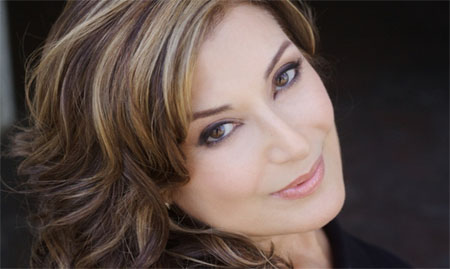 slideshow
I've been DJ'ing a jazz radio show for almost 20 years now and I always love “discovering" a new artist. Quite often, those “new" artists have been performing for years, and I just haven't been fortunate enough to hear them.

One such artist is Denise Donatelli. Born to a musical family in Allentown, Pa., Denise started playing piano at three. She studied classical piano for years and won several awards. However, she discovered early on that her real “love" was jazz. Back in 1992, she started singly jazz on a regular basis.

It wasn't until 2005, however, that Denise recorded her first album, In the Company of Friends on the Jazzed Media label. I don't have that one yet. In 2006, Ms. D contacted the talented pianist and arranger Geoffrey Keezer and asked him to arrange the music on her new album. Keezer had never heard Denise sing but he was impressed by her “warm, open personality" and her willingness to sing anything he arranged.

What Lies Within is the result of Denise and Keezer's collaboration. Released in August of 2008, it is the kind of album that should shoot Ms. D to stardom. A far more experienced DJ, Dr. Brad Jones-Music Director of KSJS, San Jose, wrote some of the liner notes for the album. This is a phrase of his that caught my attention:

“When it comes to jazz singers, one can describe them using terms like “perfect pitch", “great phrasing" and “wonderful sense of timing", etc. and Denise possesses all of these. But more importantly, Denise is musical."

As Keezer also put it, Denise is “IN" the band. She is one of the cats. And, for this CD, that is a great group of cats. Each band member is a leader in their own right, starting with Keezer himself. Also on the album are:

The songs on the album cover a wide range of material not frequently heard on jazz vocal albums. By that, I don't just mean the song selection, but the inventive arrangements that Denise handles with such beauty and seeming ease.

The very first song, “MY SHINING HOUR" by Arlen and Mercer sets the pace with a rapid tempo. The ensemble intros the song and then Denise brings her sensual, beautiful voice into play. As with any great musician, Denise gives her fellow musicians time to play. Here, Sheppard and Sprague share the spotlight on tenor sax and guitar. Keezer also has a nice solo. Great intro for the CD.

The next number, “SAILS (VELAS ICADAS) is by the Brazilian composers Lins and Martins. From the very first notes, you can tell that the song is going to be gorgeous. Denise sings primarily over the percussion of Acuna and Smith with Keezer throwing in a few notes. It is the longing, soft voice of Ms. D that knocks me out, however.

Chick Corea and N. Potter composed “Crystal Silence". Appropriately, another pianist, Keezer plays the intro. This is the “different" type of song that I'm talking about. Denise again brings her perfect musical instrument into play with a plaintive style that is both sensual and melancholy. Sheppard plays flute here but Denise is primarily backed by bassist Price and Keezer.

“I LOVE IT WHEN YOU DANCE THAT WAY" by D. and D. Brown is a new song for me. Arranged and played Latin-style, Sprague opens on guitar, the horns then state the theme, and finally Denise sings with that special musical ability she has. Saunders has a great trumpet solo. This song, as indeed every song on the CD, makes me smile and wonder, “Why isn't this lady a Superstar?"

The standard “WE'LL BE TOGETHER AGAIN" BY Fischer and Frankie Laine, starts off with a quiet piano intro which leads into a goosebump-causing vocal by Denise. I can't tell you how strong a singer this lady is. You'll just have to find out for yourself. But, this song shows her talent and ability to move her listeners.

“LIKE AN OLD SONG" by Pauer and Rubin starts off with an unusual vocal-instrument combinination that sounds electronically enhanced. Keezer and the percussion section then play a Latin theme into which Denise joins at a leisure, soulful pace which shows off her ability to “be one of the cats". Her voice is literally one of the instruments so great is her musical aiblity.

The rest of the CD is all tremendous:

“BELOVED" (DAAHOUD) by C. Brown is a rapid paced jaunt in a boppish style

“FOUR WALLS" by Keezer, is hauntingly beautiful and includes the cello of Giovanna Clayton.

“BE COOL" by J. Mitchell is just as “cool" as the title. Cool here, however, is a hot mixture of Denise's sensual voice and the muted horn of Saunders.

“MAKE THIS CITY OURS TONIGHT" by T. Mann and M. Nascimento starts off like a folk tune but graudually moves into a quiet Latin-flavored ballad

“THIS LAMENT" by the great trombonist J.J. Johnson is not an easy song to sing. Except for this talented lady who brings a passion and a warmth that brings tears to my eyes.

This is one hell of a great album.