Democrats Set To Force Vote to Save Net Neutrality 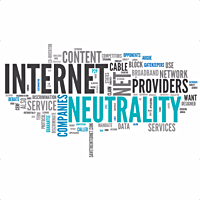 The end of net neutrality has wide reaching implications for the musicians, music tech and the broader music industry. The Trump controlled FCC has gutted the regulation, which guaranteed equal access to the internet. Now Democrats in Congress, using the Congressional Review Act, are offering a glimmer of hope that it can be saved.

Democratic senators on Monday said they have secured enough support to force a vote on the Federal Communication Commission’s plan to kill net neutrality.

The commission voted 3-2 in December, along party lines, to kill net neutrality.

Markey’s bill uses powers under the Congressional Review Act. “We’ve reached the magic number of 30 to secure a vote on the Senate floor, and that number will only continue to climb,” Markey said Monday, issuing a challenge to Republican lawmakers, none of whom have signed onto the bill.

“Republicans are faced with a choice: Be on the right side of history and stand with the American people who support a free and open internet, or hold hands with the special interests who want to control the internet for their own profit,” Markey said.

“Republicans are faced with a choice..."

With no Republicans onboard, Markey’s bill is a long shot. Under the Congressional Review Act, or CRA, if enough votes of disapproval are collected, a joint resolution can bypass committee review and be slung-shot to the floor, forcing a vote. If approved, the resolution could vacate the FCC’s decision. Markey’s proposal also bars the commission from trying to repeal net neutrality in the future.

For now, the FCC’s repeal sits in wait at the Office of Management and Budget. It must be approved there first. Once approved, lawmakers have 60 days to pass their CRA bill.

After McCaskill announced on Twitter that she was the 30th vote for the proposal, New Jersey Senator Corey Booker also signed on. Only 17 remaining Democrats plus Angus King, Maine’s Independent senator, have yet to back the proposed “resolution of disapproval.” They include senators Diane Feinstein of California, Tom Carper and Chris Coons of Delaware, Bob Casey of Pennsylvania, Catherine Cortez Mastro of Nevada, Joe Donnelly of Indiana, Heidi Heitkamp of North Dakota, Doug Jones of Alabama, Joe Manchin of West Virginia, Bob Menendez of New Jersey, Chris Murphy of Connecticut, Patty Murray of Washington, Bill Nelson of Florida, Tina Smith of Minnesota, Jon Tester of Montana, Tom Udall of New Mexico and Mark Warner of Virginia.

The FCC did not reply to a request for comment.

The Internet Association, a trade group whose members include Amazon, Facebook and Google’s parent company Alphabet, said it would fight Pai and the FCC in court, if necessary.

“The final version of Chairman Pai’s rule, as expected, dismantles popular net neutrality protections for consumers. This rule defies the will of a bipartisan majority of Americans and fails to preserve a free and open internet,” the group said.

Matt Wood, policy director at the Free Pres Action Fund, said the proof of widespread support for net neutrality is in the numbers.

A University of Maryland poll in December found that more than 83 percent of respondents favored keeping the rules, Wood said Monday. In that survey, he said, net neutrality was supported by 75 percent of Republicans, 89 percent of Democrats and 86 percent of independents.

“Supporting net neutrality should be a no-brainer for members of Congress, whose constituents from across the political spectrum are united in their opposition to the Trump FCC’s attack on the open internet,” Wood said.

“People have logged more than a million calls to Congress to reject FCC Chairman Ajit Pai’s decision to kill net neutrality. Regardless of party affiliation, all elected officials should stand with their constituents and restore the 2015 protections that protect free speech, choice and innovation online.”

Outcry against the repeal has been pervasive. Before the FCC voted to kill net neutrality in December, the FCC website crashed temporarily due to the volume of public comments. Questions over the integrity of public comments spurred New York Attorney General Eric Schneiderman to launch an investigation.

After six months, Schneiderman’s office announced that at least 2 million comments submitted to the FCC on net neutrality were submitted by people posing as someone else.

Only a handful of Republicans resisted the repeal in December, including Rep. Mike Coffman of Colorado. Coffman chided Pai before the vote, telling him that the preceding four chairmen, two of whom were Republicans, “all took steps to uphold the basic principles that guaranteed a free and open internet.”

Coffman has been mum about Markey’s bill. He could not be reached for comment after business hours Monday.

Pai last week, he withdrew from a scheduled appearance at CES, the nation’s largest tech show. Expected to speak about net neutrality and NextGen TV, or “smart television,” Pai’s withdrawal may have been tied to death threats he received, anonymous sources told the tech blog Recode last week.

It wouldn’t be the first threat to Pai. As he was preparing to cast his vote killing the rules last month, the meeting was halted due to a bomb threat.