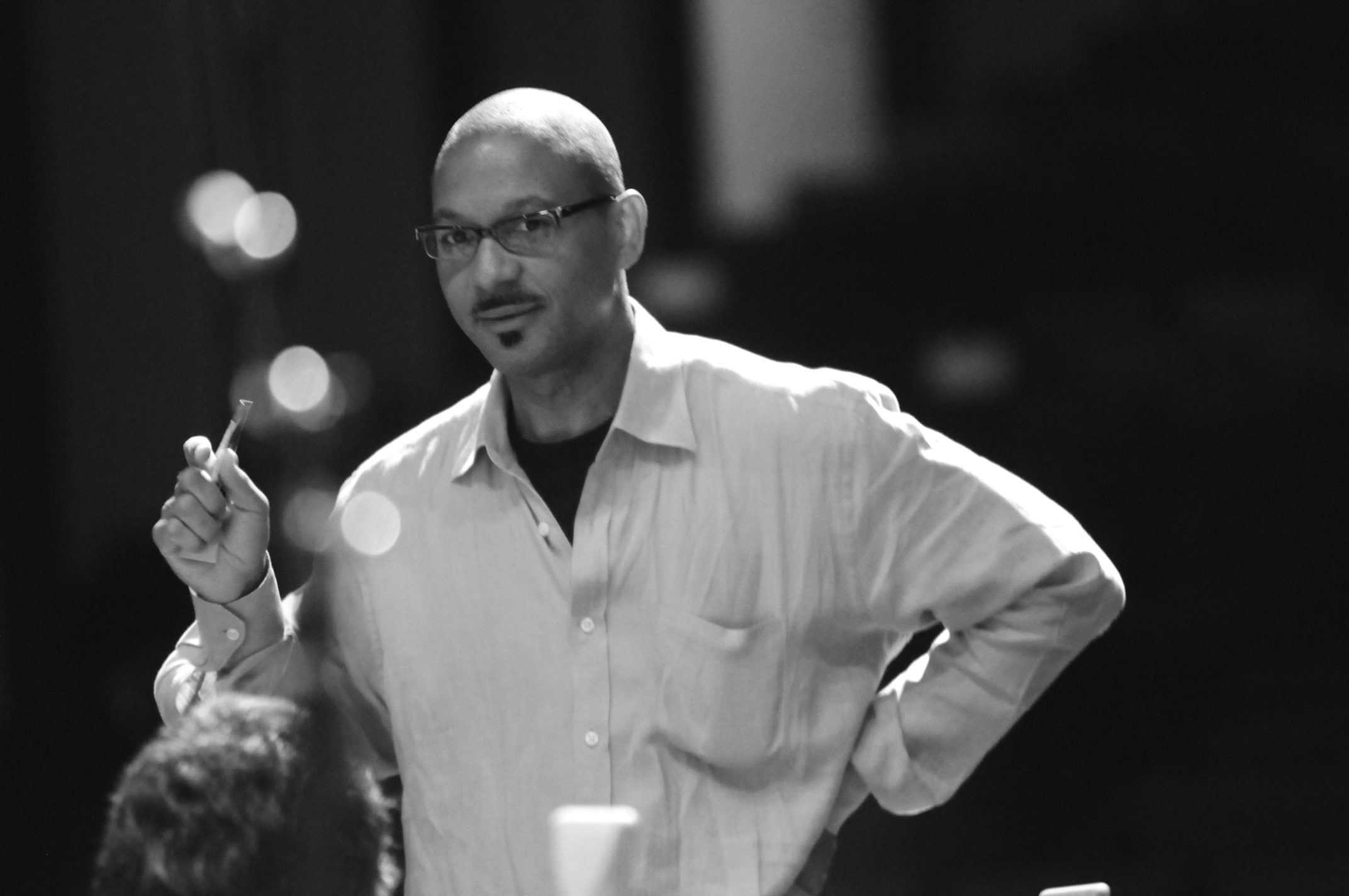 ..."one of the best, most imaginative and musical of the trombonists of his generation." — Philip Elwood, San Francisco Examiner

..." Delfeayo is charming, hip, and his trombone solo has sweep. You can hear in it a generation or two of New Orleans street musicians."—Hollywood Reporter

William Shakespeare's work defined the scope and depth of English and world literature in a way that remains immediate and powerful to this day, 400 years after they were written; similarly, Duke Ellington's work outlined what American music could become and laid out the key elements that still define jazz. In 1957, Ellington and collaborator Billy Strayhorn were invited by the Stratford (Ontario) Shakespeare Festival to compose music in tribute to Shakespeare. They came up with Such Sweet Thunder, which yielded, among other pieces, the poignant portrait of Romeo and Juliet, “Star Crossed Lovers."

For a generation, the Marsalis family has been a huge force in American music. A producer for mega-stars like Harry Connick and his brothers Branford and Wynton, Delfeayo Marsalis is a marvelous trombonist, composer and arranger. With this major production he is now stepping out into the limelight as never before.

Driven by a long-term affinity for both Duke and the Bard, Delfeayo (rhymes with “Romeo") studied literature on the masters' level at the University of New Orleans where he nurtured his love for William Shakespeare. While later earning his masters degree in jazz performance at the University of Louisville, he first made the connection between the Bard and Duke in the form of a thesis paper relating the two, and was inspired to create a fresh new interpretation of Such Sweet Thunder.

“I've always believed that each generation is responsible for preserving and furthering the work of their forefathers while maintaining originality," he says. While researching at the Smithsonian Institute in D.C., Marsalis discovered the original scores from Such Sweet Thunder. “I am fairly certain Duke secured copies of these scores with the expectation that the material would be developed by a student of the music in the future. More than any other Ellington suite, Thunder is extremely rich in melody, yet modest in development."

Marsalis' interpretation streamlines Ellington's instrumentation from 15 to 8 pieces. In addition to the tour, the Sweet Thunder CD will be released on January 18, 2011. Both the recording and the live performances illustrate—yet again—¬that the brilliance of Shakespeare and Ellington are both particular and universal enough to provide a powerful springboard for the innovations of talented contemporary artists like Marsalis and his compatriots. By combining Shakespeare, Ellington, and Marsalis, Sweet Thunder goes far beyond the niche jazz audience; it's a major musical and theatrical event.

Delfeayo and the Marsalis family (father Ellis and brothers Branford, Wynton and Jason ) will already be in the public eye in January, when they will earn the nation's highest jazz honor&#151a National Endowment for the Arts Jazz Masters Award.

Born in New Orleans on July 28, 1965, Delfeayo Marsalis began trombone at 13, produced his first recording at 17 and attended Berklee College of Music. Delfeayo has previously released three CDs as leader: his ambitious debut album—inspired by Biblical events and characters—Pontius Pilate's Decision on Novus/RCA Records; Musashi, recorded for Japan's King Records and Minions Dominion for Troubadour Jass. Delfeayo has been in heavy demand as a trombonist over the past decade and the long list of artists who have featured him as a sideman on their albums includes singer Ruth Brown, pianist Benny Green, fellow trombonist Wycliffe Gordon, brother Branford and the immortal Elvin Jones. He is an integral part of “Marsalis Family: A Jazz Celebration," a DVD that assembled all of the musical Marsalis' for the first time and was featured on PBS in 2003.

In addition to his accomplishments as a trombonist and composer, Delfeayo is one of the top producers in jazz, having worked on over 100 recordings, including albums for trumpeter Terence Blanchard, pianists Marcus Roberts and Poland's jazz virtuoso Adam Makowicz, British saxman Courtney Pine, trumpeters Nicholas Payton and Marlon Jordan, pianists Eric Reed and Kenny Kirkland, drummer Jeff “Tain" Watts and the venerable Preservation Hall Jazz Band. More recently, he has produced and/or engineered albums by pianist Joey Calderazzo and the Lincoln Center Jazz Orchestra.

Born and raised in New Orleans, actor Kenneth Brown, Jr. has a natural flair and charisma that breathe new life into roles from Shakespearean classics to modern interpretations. First appearing on stage in August Wilson's Fences, he has studied drama at the Anthony Bean Theater and under Lance E. Nichols. Mr. Brown's extensive work includes Petruccio in Taming of the Shrew, Marc Antony in Julius Caesar and Walter Lee in Raisin in the Sun. In keeping with his commanding presence on stage, he has been featured as a police officer in both HBO's Treme and TNT's Memphis Beat.

Sweet Thunder, the album, brings Marsalis' range of talents to the helm of an all-star group including brothers Branford and Jason Marsalis, Mulgrew Miller, Victor Goines, Charnett Moffett, Tiger Okoshi, Mark Gross, and Winard Harper. With this CD, Marsalis the composer and arranger gives Ellington's masterpiece a personal twist while honoring Duke's original intentions; Marsalis the trombonist displays a wide range of expression from the blues to ballad to burning up-tempo songs. His style combines the lyricism of Jack Teagarden and Tyree Glenn with the modernist touch of J.J. Johnson and Curtis Fuller. From the time of Pontius Pilate's Decision, Marsalis has been a conceptually ambitious composer and player. Sweet Thunder re-affirms his ability to make innovative and daring music within and beyond the jazz tradition.

Sweet Thunder is a major departure from the original Such Sweet Thunder, hard to imagine in the hands of a musician less versatile than Delfeayo Marsalis. Sensitive to the musical requirements, he explores the original material in the distinctive language of his native New Orleans, yet his melodic alterations and formal additions are seamlessly composed and orchestrated.

The dates for the first leg of the tour are as follows: