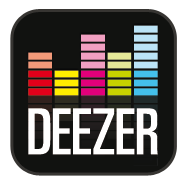 HiFi, Hi Rez, FLAC or whatever it's called, higher fidelity music is coming to streaming, and Deezer wants to lead the way. Today, the French based global streamer announced an expansion and rebranding of its U.S. hi fi music option.

Along with the expansion this $19.99 per month premium tier, the company will rebrand Deezer Elite as Deezer HiFi.

Deezer is not the only music streamer hoping to expand revenue via high quality streams.

Spotify has been testing a hi fi music competitor in recent months, according to multiple sources; and may be planning an announcement before it goes public early next year.

Napster is also prepping its own hi fi streaming competitor,  a source with knowledge of the rollout tells Hypebot.  Napster had originally planned to announce the service this last summer at MIDEM, but now hopes to launch before the end of the year.

TIDAL has offered a high quality streaming tier since launch.