SOURCE: ALL ABOUT JAZZ PUBLICITY
June 1, 2007
Sign in to view read count 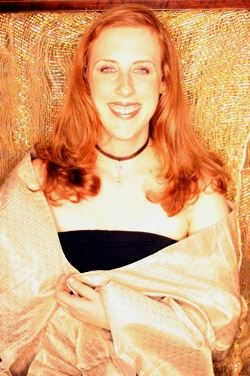 slideshow
Pianist Deanna Witkowski will perform a solo concert at the Fazioli Salon at Klavierhaus at 211 West 58th Street in New York City, on Friday, 8 June at 8 pm. Tickets are available online at pianoculture.com or by calling Klavierhaus at 212.245.4535.

Winner of the 2002 Great American Jazz Piano Competition and a past guest on Marian McPartland's Piano Jazz, Deanna Witkowski looks to diverse musical worlds in her fusions of jazz, brazilian, afro-cuban, classical, and sacred music. An acclaimed bandleader with three quartet releases under her name, Witkowski's playing has been praised by critics as being “consistently thrilling" (All Music Guide) with “a clear musical vision" (JazzTimes). Recent performances for Witkowski have included Dizzy's Club at Jazz at Lincoln Center, the Tel Aviv Opera House, and Espaco Bis in Rio de Janeiro. Witkowski will return to Brazil in the fall of 2007 to headline the Recife Jazz Festival.

For her solo performance at Klavierhaus, Witkowski will present a vibrant mixture of jazz, brazilan music, original pieces, and new arrangements of old hymn tunes, in preparation for an upcoming recording featuring her sacred jazz material.

Herbie Hancock had this to say about his purchase of a Fazioli piano in 2003: “I am the proud owner of a brand new Fazioli piano. [This] piano can, with the sound of one note, announce the celebration of the freedom and creativity of the human spirit." The Fazioli Salon at Klavierhaus features weekly performances of pianists on this rare and remarkable instrument in an intimate listening space.

If, among contemporary pianists, Brad Mehldau and Bill Charlap represent the gold standard, then Deanna Witkowski deservedly ranks as their sterling sister. Echoing Mehldau's genre-blurring vivacity and Charlap's harmonic sophistication, the classically trained Witkowski textures her increasingly assured playing with the Latin and African influences she adores and the sacred themes she lives by. -Christopher Loudon, JazzTimes