The book presents a collection of original and fascinating stories about the DC jazz scene throughout its history, including a portrait of the cultural hotbed of Seventh and U Streets, the role of jazz in desegregating the city, a portrait of the great Edward "Duke" Ellington's time in DC, notable women in DC jazz, and the seminal contributions of the University of District of Columbia and Howard University to the scene. 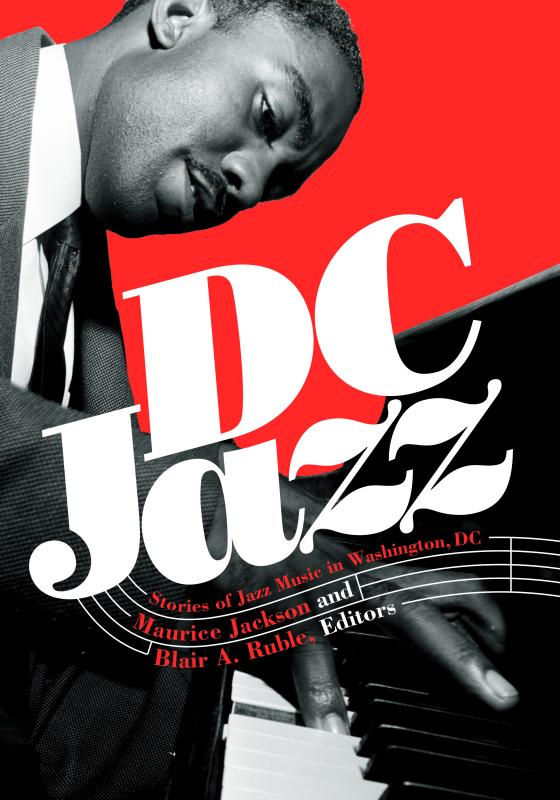 slideshow
The familiar history of jazz music in the United States begins with its birth in New Orleans, moves upstream along the Mississippi River to Chicago, and then by rail into New York, before exploding across the globe. However, the rich history of jazz in the nation’s capital is often overlooked. Some of the most important clubs in the jazz world have opened and closed their doors in Washington, DC, while some of its greatest players and promoters were born there like Duke Ellington, Chuck Brown and Charlie Byrd. Several DC institutions are imperative to the national support of this iconic American form of music, including Congress, the Smithsonian, the Library of Congress and the Historical Society of Washington, D.C. A network of local schools, churches, informal associations, music venues and jazz clubs keeps the music alive today.

In DC Jazz, editors Maurice Jackson and Blair Ruble present a collection of fascinating stories about the DC jazz scene throughout its history, including a portrait of the cultural hotbed of Seventh and U Streets, the role of jazz in desegregating the city, a portrait of the great Edward “Duke” Ellington’s time in DC, notable women in DC jazz, and the seminal contributions of the University of District of Columbia and Howard University. The book also includes three jazz poems by celebrated Washington, DC poet E. Ethelbert Miller. Collectively, these stories and poems underscore the deep connection between creativity and place.

A Georgetown University Press co-publishing initiative with the Historical Society of Washington, D.C., the book includes over thirty museum-quality photographs and a guide to resources for learning more about DC jazz. The book is being published in part thanks to a grant from Furthermore, a program of the J.M. Kaplan Fund.

Maurice Jackson teaches History and African American Studies at Georgetown University and is the author of Let This Voice be Heard: Anthony Benezet, Father of Atlantic Abolitionism. He is a 2009 inductee into the Washington, DC Hall of Fame and was inaugural chair of the DC Commission of African American Affairs.

Blair Ruble is vice president for programs at the Woodrow Wilson International Center for Scholars and the author of Washington's U Street: A Biography.