SOURCE: ALL ABOUT JAZZ PUBLICITY
September 23, 2013
Sign in to view read count 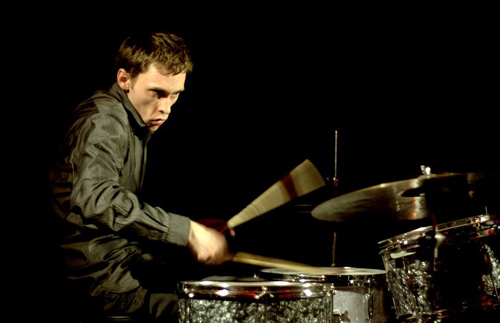 Lyttle’s trio for this Irish tour features Tom Harrison on saxophone and Neil O’Loghlen on bass, two outstanding practitioners on their respective instruments. “This tour is about getting back into jazz,” says Lyttle. “Doing a lengthy tour allows me to get back in to that head space. We want to play music which is accessible but without sacrificing the main goal of the tour, which is to play jazz music.”

Towns like Clifden, Kinsale, Castlerock, Headford and Portadown are rarely on most musicians’ tour itineraries but Lyttle is happy to bring the music to less frequented spots: “These are all places I’ve played over the years,” he explains. “To be honest, I wasn’t planning a tour this long but there was a lot of interest. We’ll be doing tunes that are quite short. We’ll not be doing 15-minute songs. We’ll try and keep the audience in mind. There’ll be some original stuff and some standards and we’ve got some nice arrangements of tunes that people will hopefully know, like Count Basie and Duke Ellington. We’ll be mixing up the styles.”

Audiences can expect something a little out of the ordinary from Lyttle, described by respected music magazine Hot Press as “the most curious, inventive and niche-averse artist in the country”. Lyttle is clearly excited about the prospect of playing in a trio once again: “I love the format of saxophone, bass and drums. It has a soulful sound.” says Lyttle. “It’s really open and there’s lots of space to fill in and be inventive.”

The David Lyttle Trio’s tour kicks off in Belfast on the 22nd September and winds up in Castlerock on the 4th October. David Lyttle will also be performing at the London Jazz Festival in October.